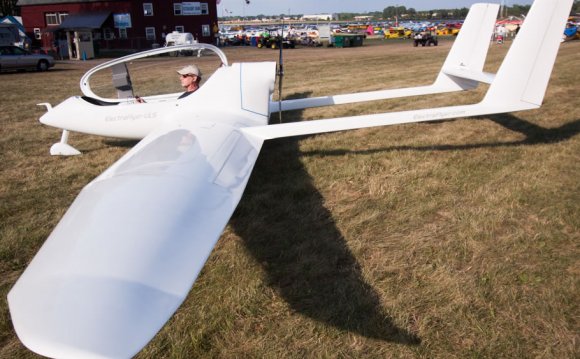 The weather plays a very important part in all forms of flying, but Microlights are a little more susceptible to the elements than other forms, so bear that in mind. Contrary to popular belief, the wintertime is the best time to fly in the UK, ok its cold, but we can wrap up against that. The difference is the stability of the air, cold crisp winter days are the best, saying that though, last thing on a summers evening can be just as enjoyable.

the new generation of 3 axis microlights are virtually indistinguishable from conventional aircraft, such as this CT (see ultralight revolution)

UK
In the UK the definition of a microlight is under review with a view to more standardisation across Europe. You need to obtain a NPPL (microlight) to fly one. You will also have to sit written examinations. Your licence will allow you to fly weightshift microlights (trike) or three-axis microlights. If you want to change from one to the other it is advisable to take a conversion course. One thing to bear in mind when selecting a school is that some do not allow you to fly the school aircraft once you have flown your first solo, which means you have to then purchase your own machine.

USA
In the US an ultralight is a single-place airplane under a certain maximum weight and with a maximum attainable speed, with additional definitions involving stall speed and fuel capacity. They are flown under the FAR Part 103 regulations, which do not require any form of pilot licence or certification provided they are flown within certain operating rules. However, teaching yourself to fly an ultralight is not recommended, and the single-seat requirement is waived for approved training establishments, who will teach you on a two-seat ultralight. A new category has been approved in the USA, the sport class, which allows many light conventional aircraft.

If you think microlights aren't capable of keeping up with the big guys, think again. Read on, and maybe you'll change your mind.

The longest distance ever to be covered on a microlight is 1, 627.78km. This was done by the Austrian Wilhelm Lischak. The flight took him from Volsau, Austria all the way to Brest, in France. The flight was done on 8 June 1988.

The longest distance to be covered in a closed circuit by a microlight was 2701.16km. This too was done by Wilhelm Lischak on the 18 June 1988.

The highest altitude ever reached in a microlight was 31, 890ft. This record altitude was done by Serge Zin of France on the 18 September 1994.

Highest speed to be reached in a microlight over a closed circuit is 293.04 km/h. This record speed was done by C.T. Andrews of the USA .

Landing an ultralight aircraft in a 5mph crosswind

OUTRAGEOUS ULTRALIGHT AIRCRAFT - TO on grass but has floats!