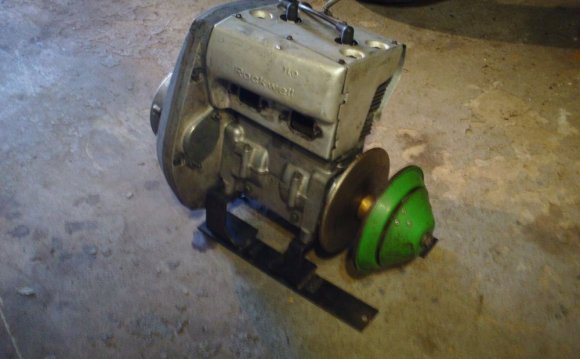 A number of companies are developing electric power plants for aircraft, basically powered gliders and small ultralight aircraft. In most of these designs the power plant is of secondary importance and the aircraft can fly, or better glide, considerable distances without an engine purely by its basic properties.

You will not see, any time soon, electric power plants in every day workhorses general aviation class aircraft just because there are still too many limitations to overcome. The main problem is power storage: liquid fuel (AVgas or Jet fuel) has the highest energy density per weight, which is very hard to beat, except for nuclear power plants.

For an aircraft to be able to fly, the engine/propeller must produce enough thrust to accelerate the aircraft to lift-off speed and climb for a maximum of five minutes at full power. Power is reduced to climb power within those five minutes until the cruise altitude is reached. After that the engine is normally set at 55 to 75% power and the aircraft flies to its intended destination.

How the propeller is driven or rotated doesn't really matter. This can either be a piston or turbine engine and lately a number of manufacturers are experimenting with electric propulsions systems.
The main challenge of electrical flight is where and how to store the required electrical energy for the entire flight. Or find a novel way to replenish the used energy while flying.

Compared to a piston engine the electric motor has the advantage. It is small, contains no reciprocating parts, it is comparable to a turbine. The Chinese firm Yuneec (pronounce as: Unique) has developed and electric motor for aircraft delivering some 40 kW (54 hp) and it weighs about 20 kg. It is used in one of their aircraft and with one 85 kg, 133, 2 V 100 Ah battery (13, 32 kW) it can fly some 1, 5 to 3 hours (this depends on configuration, weight and such), cruise is a whopping 52 kts!
Being a glider you may expect more time from one battery charge, see image. (updated: early 2013)

An electric powered aircraft needs to store this amount of energy in its batteries and it will be a large part of the total aircraft weight. An 100 Ah Lithium Polymer or Lithium Iron Phosphate (LiPo, LiFePO4) battery of 133, 2 V contains some 48 MJ of energy and weighs around 85 kg, not including the controller (~10 kg) (source: Yuneec).

To reduce the recharge time you will need a three phase mains supply to recharge the batteries. On top of that, if you want to keep flying an extra battery pack will be necessary. Supplemented with solar cells on the roof of the hanger. But I doubt if you will earn the investment back (no, not subsidized).

Batteries recharging infight by solar or voltaic cells is still far away from being a real solution for real aircraft. Small experiments with very lightweight and low powered aircraft are being conducted but they are not yet suitable for the market. This will require many more years of development and as progress in solar cells seem to slow down it might never get there.