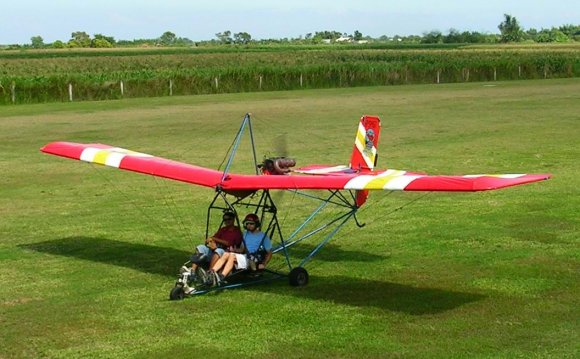 If you want to look at some really nice photos of a failed rear fuselage on our ProCub, you need to read the following PREAMBLE first. Here it is:

I’ve received two types of comments concerning the ProCub and the foam / carbon fiber construction that cause me angst. They boil down to these two statements:

1) “Push on something until it breaks.”

The first statement makes no sense; as we are doing our testing to some fairly exacting standards. In particular, we are testing our ProCub design up to 100% of an upgraded gross weight (albeit with some modifications — to be explained elsewhere), where 100% is generally defined as either 2x (negative G) or 4x (positive G) of the force of gravity; or the sum of all calculated flight loads (which is also an interesting calculation — saved for explanation at another time). Then, for some of the tests, we increase the test load to 150% of load. WOW, if nothing breaks, we are delighted. If something breaks (or bends) we have to fix / redesign / retest. If it passes these tests, I have absolutely no interest in pushing things further. When the tests are passed, we have real joy in our workshop, and at that point, the structure of our little bird is a Thing Of Beauty. Ultimately, the sum of the design ends up in what we call a “Bill Of Materials (BOM)”, and that (along with our evolving manual) forms the core of a future quality control system.

We’re not there yet, but we think and talk and prepare for it.

The second statement rankles me as well. First of all, it’s just not true; and second of all; it reflects a mental conclusion making process which puts supposition ahead of facts. That’s not a good way to go about life.

I’ve observed Gorilla glue in operation now for several years, and I’ve learned that the glue (when properly applied) is stronger than the Foamular foam we use in our ProCub, and will tenaciously adhere to foam, aluminum, and wood. I’ve taken a butt joined foam glue joint and had it stressed sideways; the foam snaps before the glue joint.

I was confident that if we severely stressed the rear fuselage on a ProCub, something might break, but it wasn’t likely to be the glue joints. And I was right. Sometimes things break — but it’s usually not what you expect! When it does break, you learn, you apply, and you change it so that it won’t break in that manner again.

OK, I’m off my high horse now and on to the story of the rudder test failure.

We needed to perform a side pull test on the rudder in the ProCub. I’d done this in the past on the UltraCub, but had not taken the test to a very high value of stress. I think I posted that test somewhere on the blog a couple of years ago. For the ProCub, we’d analyzed the maximum flight side pull on the rudder (thanks to *Peter, an amazing German engineer); and we’d determined that the side pull test needed (at standard load) to be about 210 pounds. In other words, bolt the fuselage to the concrete floor at the base of the fuselage / cabin; then pull sideways on the tail until the test is passed. The standard form of the test (equivalent to maximum flight load: 100%) was calculated at around 210 pounds.

To do this test, we rigged up a side pull board and clamped it to the rudder. Then, we ran an adjustable clamp strap to a scale, and the scale was attached to the wall of our shop. I should have taken a photo before the failure, but I missed that. Here’s a photo after the failure, and you can see the side pull board. You can also see the break in the front of the rudder; and the odd side angle of the entire rear tail feather section. You can’t see the cable and scale as they are nearly perfectly hidden behind the rudder — it runs from the rear of the rudder over to the wall.

When it broke, it definitely made some noise! Around 170 pounds of tension was released as the foam snapped in two.

Some more photos, showing the damage:

We got to work on rebuilding the rear fuselage.

Of course, I had to make a modification to the design to prevent this from happening again. The solution was to add a plywood reinforcement to the top side of the rear fuselage, then reinforce that with a carbon fiber wrap. Here’s the repair process and re-engineering.

I want to have a transparent aircraft design. I want you to learn, along with me, how the testing occurs and what changes in the design as a result. I hope you learn how I accumulate test data and incorporate it into the design. I also want to show the good and expected results, along with the failures.