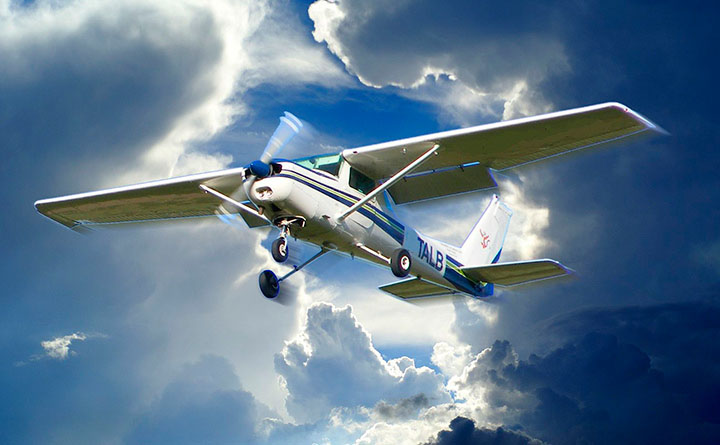 The popularity of light aviation significantly increases day by day. There is an interesting opinion that in the next fifteen years nearly 50% of people in the world will use this way of transportation.

Light aircrafts could be used for:

Austria, Italy and the United States are main world’s suppliers of the light aviation.

Beechcraft brand, in its turn, also has solid model range of light aircrafts:

Cessna 400 and Beechcraft Bonanza G36 can be counted as the most popular models today. Their major advantages are high speed and reliability. These aircrafts are able to reach the speed up to 318 km/h. Their flight range is approximately two thousand kilometers. The maximum passenger capacity is four.

Production of Cirrus Aviation Company, SR222 aircraft in particular, is also highly rated and demanded in the light aviation segment. Main features of this aircraft worth to admit are:

The number one in this list is stylish and beautiful twin-engine model with propelled drive DА42 Twin Star. The flight range of this aircraft exceeds 1300 km and the maximum speed is 245 km/h. It can carry up to three passengers. This machine is very often used as air taxi. Military structures of such countries as Ukraine, Thailand, Turkmenistan, Armenia and others also operate this light aircraft. Its modified variant DA42 MPP can be successfully used for air intelligence, air photography and video shooting.

Now Diamond Aircraft Industries designers are working on DА42 modification equipped with the gasoline engine as a power plant.

All of Embraer’s models successfully operate with low operating and maintaining costs, mainly because major part of aircraft details and units are unified and common for many models. Brazilian aerospace giant have entered the light aviation segment only in 2000. Nevertheless, it holds strong positions on the market among the global industry leaders nowadays.