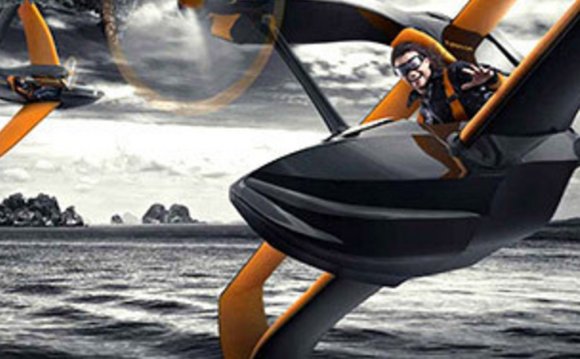 Finally, a private jet that's perfect for the millionaire family man. The Cirrus Vision SF50 combines all the practicality of an SUV with the luxury of a private jet.

It's perfect for family vacations: the Williams FJ33 jet engine has plenty of oomph to take you to far-off destinations, the Garmin avionics will tell you where you're going and how to get there, and the included SiriusXM satellite radio will keep everyone entertained the whole journey through.

The Vision is smaller than a normal private jet — much smaller.

But there are some benefits to the little plane's size.

Since it's more Cessna than Gulfstream, that comes with certain advantages.

Namely, the Vision is much simpler to fly than its larger cousins.

The V-shaped tail means it's a lot easier to control the aircraft for beginner pilots, and the simplicity allows owner-pilots more "lifestyle pursuits than any other personal aircraft, " according to Cirrus.

However, the jet still has plenty of space to accommodate at least 5 adults and two children comfortably, in a seating configuration similar to a full-size SUV.

The Vision is obviously no Volvo, but the plane does feature a rather elaborate safety system: The Cirrus Airframe Parachute System, or CAPS. In the event of an emergency or plane systems malfunction, a huge parachute will deploy, allowing the entire plane to float safely to the ground without propulsion.

The final production model of the Vision flew for the first time in December. Cirrus currently has at least 550 orders and deposits for the new single-engine aircraft, which will reportedly sell for a very reasonable price of less than $2 million.