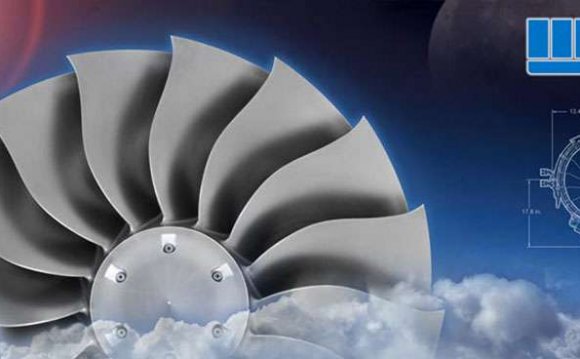 1 Allison 250 Everybody's number one small gas turbine the Allison model 250. Conceived originally as a gas turbine to compete with piston engines in light aircraft the 250 is undoubtedly the worlds most successful small gas turbine engine. Anyone who has flown in the ubiquitous Bell 206 jet ranger will know the distinctive start up sound of this magnificent engine. The 250 has clocked up millions of flying ours, the Jet Ranger is one of the safest single engine helicopters flying, which it in part owes to this power plant. The Allison design is around 50 years old, the original design horse power was of course 250, derivative units today produce over 800 HP!

Also a sort after hobby engine, with its 6000 rpm output shaft speed, this unit is truly the turbine small block for Boats, Cars and Bikes.

2 GE90 The Worlds most powerful turbofan engine the General Electric GE90. This power plant holds the world thrust record at 127, 000 LBs. They don't get bigger than this! 3 Schreckling FD3/36

The Schreckling FD3/36 was a pioneering model jet engine. One of the first power plants to be produced ready made, in kit form and built at home by enthusiasts. This unit inspired a generation of aero-modelers and model engineers alike. Kurt Schreckling a German aero modeler conceived and published his engine design in a book, at first only available in German and then published in the UK. A number of other engine designs followed and evolved into the wide range of reliable and capable model aircraft power plants that exist today.

The FD3/36 featured a very simple design which was relatively easy to fabricate in a home workshop. Some home built versions of this unit featured a reinforced wooden compressor wheel!

4 Pratt and Whitney PT6 A very successful turboprop the PT6 can be found on many commuter and small business aircraft. A classic backward flow design characterized by the two distinctive exhaust elbows mounted just behind the propeller. The simple layout of the PT 6 has inspired a generation of model turbine producers making model turboprop and model turbine helicopters a reality. 5 Garrett GTCP85 Probably the World's most prolific APU and GPU the GTCP85 (Gas Turbine Compressor and Power model 85) has been around since the 1950s. Characterized by the Garrett trademark swept back compressor blades (Greater Stall Margin), shrouded compressor wheel (Taken from a water pump design) and large radial inflow turbine.

6 Williams WR19 Williams International produce the worlds finest range of small turbofans. The engine which started the range was the WR19. Even today this unit features a class leading power to weight ratio and fuel efficiency, in the 1970s this was a remarkable achievement. This unit was incorporated into the Bell Jet flying belt, a similar concept to the rocket belt except with much improved endurance. The WR19 spawned the F107 cruise missile engine, Williams now produce a range of biz-jet engines starting with the FJX-33. 7 Rover 1S60 An old British favorite the Rover 1S60. This unit was derived from a range of experimental car power plants. The car engines did not go into production but the 1S60 was built as an industrial stationary engine and sold for may purposes. These venerable machines have found there way all over the world driving generators, alternators and fire pumps. A unique design with many innovative mechanical features such as the hand crank start and ignition systems. 8 Rolls Royce Gnome A top ten engine cause it's a lovely unit! A trade mark GE axial flow design like a mini J85. The RR Gnome is actually a boot-leg GE T58. A beautiful all axial flow unit with an excellent power to weight ratio. 9 Rolls Royce Dart An enduring design the RR Dart's mechanical heritage can be traced back to Whittle designs! A simple single spool, two-stage centrifugal compressor design with individual combustion chambers. Darts are still flying today in many short-haul passenger aircraft. 10 Saurer GT15 Still one of the only commercially built turboshaft engines of this size in the World. A rare and unique small APU size power plant. Nothing quite like this unit has been produced since the 1970s. Only todays turboshaft model aircraft units approach this concept but compared to the GT15 they still have poor endurance and longevity.
Source: www.gasturbine.pwp.blueyonder.co.uk

How can I build a small gas turbine engine for a small ...