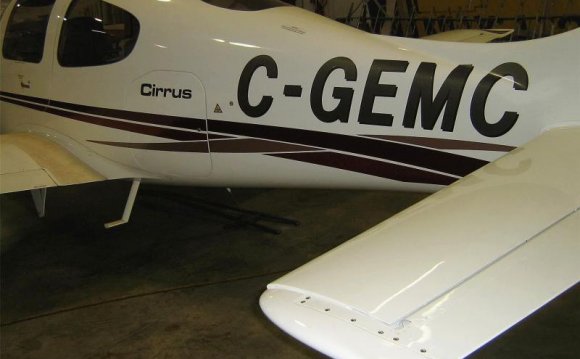 I would like to take this opportunity to tell you about the history of USA Aircraft Brokers and how this business has allowed me to enjoy a successful career in the aviation industry. I also want to invite you to review the details of the company and consider becoming a USA Aircraft Broker. Becoming an Area Broker with USA Aircraft Brokers offers the most fulfilling home-based, full or part time, business available today.

I started out as a flight instructor and charter pilot in 1974. By 1975 I owned and operated flight schools in three cities. I worked hard to make these schools successful. My workweeks were usually 60 hours or longer. One day I sold one of my small aircraft to a flight student. This was a real eye-opener for me. I immediately realized that the profit from that sale was as much as I would have earned from 4 to 5 months of hard work flying. At that point I actively began to pursue aircraft sales as a primary occupation.

Initially I tried to inventory aircraft for sale. I quickly found that this was very time-consuming and exposed me to significant liability. A credit line needed to be established to allow the purchase of aircraft. I had to locate an aircraft, travel to its location to make the purchase, insure it, fly it back, hope that nothing broke, and pay interest until it sold. To make matters worse, even after the plane was sold and delivered, as the dealer I potentially was libel for damages associated with that aircraft for years to come. The cumbersome process associated with maintaining the inventory severely limited the number and size of aircraft I could manage. More importantly, dealer inventorying was not as profitable as the initial sale that had inspired me to enter the aircraft sales business in the first place.

At that point it occurred to me that principles used in the real estate industry may apply to aircraft sales. My experience in real estate several years earlier had been lucrative enough to allow me to purchase most of my flight training in a relatively short period of time. With this in mind I sold all my aircraft and began brokering, which quickly became extremely profitable. For example, my first sale was an aircraft listed at $100, 000. I made an $8, 500.00 commission without having to invest any of my own money. I didn’t have to go to the bank to borrow the money. I didn’t have to insure the aircraft, pay interest or accept product liability on the aircraft after the sale. Within a few months I had a large number of aircraft listed and was able to live comfortably from brokering commissions.