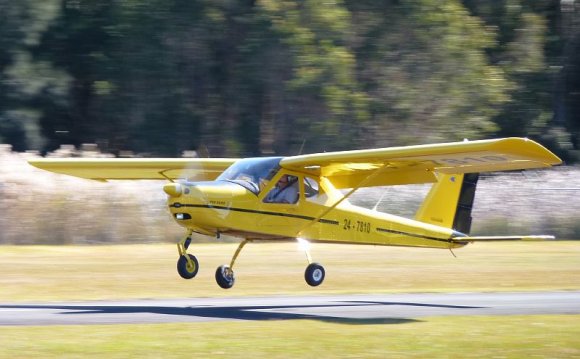 When I first saw the Sling, I thought "here's another 600 kg Rotax-powered LSA much like all the others."

How wrong I was!

The Sling is indeed powered by the reliable Rotax 912, but it's not your everyday LSA. The Sling is built from CNC precision cut and drilled 6061 aluminium and with all ANC quality components, the aircraft has the solid feel of a much larger aircraft.

Walking up to the Sling, the first thing I noticed is what almost appears like a set of eyes looking at you from under protruding eyebrows. These are in fact the twin air-cooling intakes at the front of the nose cowling housing the Rotax 912iS powerplant.

The Sling is all-metal riveted construction aircraft of conventional layout, having a tapered low wing that uses four spars along with nine ribs in each wing, making it a very strong aircraft.

The Sling has excellent control harmonisation with the forces being roughly equal in both pitch and roll. This doesn't mean they are light, but they aren't heavy either. They have an excellent solid feel with no apparent tendency to over control like some small aircraft.

Read the full run-down on the Sling LSA on the iPad version of Australian Flying January-February 2014.