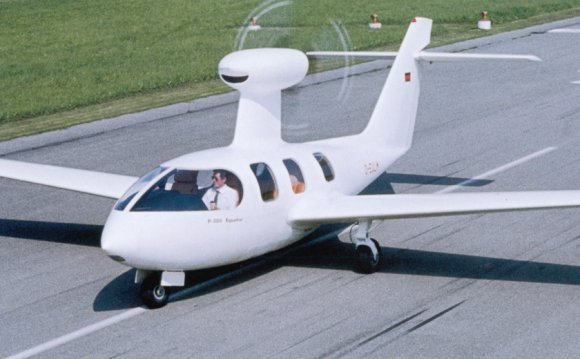 Man’s been flying a lot longer than you think. In fact, the English Benedictine monk Eilmer of Malmesbury flew for about 200 meters using a glider more than a thousand years ago in 1010 AD. But manned flight only really took off after the Wright brothers made the first sustained, controlled, powered heavier-than-air manned flight at Kill Devil Hills, North Carolina, on December 17, 1903.

These days, a plane lands somewhere in the world every 3 seconds. Hardly surprising then that in the last 110 years, there’s been an astounding array of flying machines. Fasten your seat belts and enjoy twenty-one of history’s strangest aircraft ever to grace the skies.

The Caproni Ca.60 Noviplano was a nine-wing flying boat intended to be a prototype for a 100-passenger trans-atlantic airliner. The prototype only made one short flight on 4 March 1921 over Lake Maggiore in Italy. The aircraft attained an altitude of only 18 m (60 ft), then dived and crashed, breaking up on impact. The pilot escaped unscathed.

Ames-Dryden (AD)-1 Oblique Wing, a research aircraft designed to investigate the concept of a pivoting wing (1979 – 1982).

The Airbus A300-600ST (Super Transporter) or Beluga, is a version of the standard A300-600 wide-body airliner modified to carry aircraft parts and oversized cargo. It was officially called the Super Transporter at first, but the name Beluga became popular and has now been officially adopted.

McDonnell XF-85 Goblin, an American prototype jet fighter, intended to be deployed from the bomb bay of the Convair B-36 (1948). Photo: U.S. Air Force

Stipa-Caproni, an experimental Italian aircraft with a barrel-shaped fuselage (1932).

The Caspian Sea Monster, also known as the “Kaspian Monster”, was an experimental ekranoplan, developed at the design bureau of Rostislav Alexeyev in 1966.

Libellula, a tandem-winged and twin-engined British experimental plane which gives the pilot an excellent view for landing on aircraft carriers (1945).