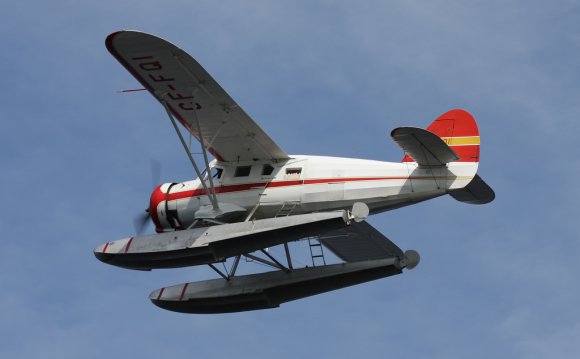 The Grumman J2F Duck is a two-seater utility amphibious plane which was first introduced in 1936 and was used primarily by the United States Military for its utility transport, patrolling, reconnaissance, rescue and other special missions both before and during World War II. The plane has a single engine. It has a large central float and retractable landing gear. The seating arrangement is forward and rear for the pilot and passenger, respectively. There are several variants of J2F Duck and have been operated or used by other foreign countries not only by the United States like Argentina, Columbia and Mexico.

The Freedom S100 Amphibian is a two-seater (side by side) amphibious plane manufactured by Waterbirds, LC in North Little Rock, AR 72118 USA. It is described by the company as a special light sport aircraft (SLSA). The company website provides the detailed features of this aircraft like cantilevered strutless wing, t-shape tail and high wing, spacious cabin, programmable flap control, high glide rate of 20:1 and low stall speed of 70Km/h. In terms of convenience, the company takes pride in the fact that the aircraft could be assembled and disassembled in 45 minutes by two people and could be transported on a trailer. To see a sample image of this aircraft, you can click on the link in the References section.

The Canadian Vickers Vedette is a three-seat amphibious plane designed and built to meet the conditions in Canada. It was powered by a single engine, has a maximum speed of 95 mph and weighed (gross) of about 3, 155 lb. It served the Royal Canadian Air Force as a utility aircraft in survey, reconnaissance and patrolling missions. There are variants of this aircraft with designs that are externally visible. About a total of 60 planes were built. The first aircraft flew on November 4, 1924.

The Progressive Aerodyne SeaRey is a two-seat amphibious plane. It is a monoplane aircraft with a high wing and retractable landing gear. In the cabin, the seating arrangement is side-by-side for the passenger and pilot. The top speed of the aircraft is 113 mph.

The Zenith STOL CH 701 is a two-seat amphibious plane which was first introduced in 1986. It is a kit aircraft designed for sports pilot and aircraft builders. It was designed by Chris Heintz. The aircraft is ultralight and meets the category of a Light Sport Aircraft (LSA).