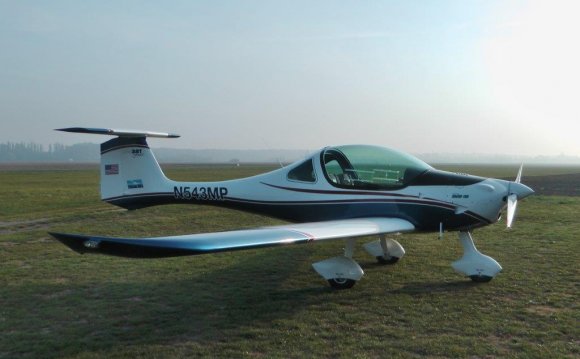 Czech Sport Aircraft is pleased to confirm its participation in the U.S. Sport Aviation Expo 2015 that gets under way today and takes place in Sebring (Florida), USA from 14th – 17th January.

Following on from a very successful year in 2014, this important annual Light Sport Aircraft exhibition marks the start of a busy 2015 exhibitions and events calendar for Czech Sport Aircraft and its international sales network partners. The company will be represented by its US importer US Sport Aircraft and looks forward to welcoming visitors on the stand (booth #7) where it will be showcasing the SportCruiser.

The SportCruiser now offers even more value for money in 2015 with the inclusion of additional equipment in the standard configuration aimed at further improving both the in-flight experience and general flight safety. SkyView Touch™ now comes as standard on both SportCruiser models for 2015 and adds the convenience of touch when you want it but keeps a full set of buttons and joystick knobs for precise control in turbulence. Capacitive multi-touch technology allows natural actions such as two finger pinch-to-zoom on the map. Unlike most touch-based avionics and tablets, SkyView Touch™ preserves SkyView’s sunlight-readable and glare-rejecting screen.

Among other enhancements to the standard configuration, the production year 2015 SportCruiser also comes with a Stall Warning system as standard. Czech Sport Aircraft developed a Stall Warning system that received EASA certification in Europe for the PS-28 Cruiser in 2013 and has already proved to be a great success. The system provides both voice and light alert signals that warn the pilot in advance of reaching the stall speed. In the specific field of flight training, this new system enables student pilots to familiarise themselves with a particular system that they will later use on other aircraft. The Stall Warning system for the SportCruiser uses components produced by the American company Safe Flight Instrument Corporation that is a leader in aviation safety and flight performance systems. With components installed on over 60% of the world’s aircraft fleet, Safe Flight Instrument Corporation has the majority of the world’s aircraft manufacturers among its customers.

Current statistics confirm that the SportCruiser remains one of the most renowned and best-selling Light Sport Aircraft on the US market today. The SportCruiser is a double-seat aircrafts of full metal construction. The aircraft is arranged as a low-wing mono-plane with cantilevered wings and conventional empennage. The SportCruiser is certified according to USA ASTM regulations and can be operated in countries recognising LSA regulations such as the USA, South Africa, Australia and some South American countries.

Currently a total of over 500 PS-28 Cruiser and SportCruiser have been produced. Over 200 aircraft are operating in the USA and almost 200 aircraft are operating in Europe where the company is enjoying significant sales success. The excellent flight characteristics of the aircraft and robust construction of the airframe are perfectly suited to entry-level students and this makes the SportCruiser the ideal platform for training purposes. The facts on the market today clearly confirm the leadership of the SportCruiser within this important segment of the Light Sport Aircraft market, with the aircraft being operated in over 20 flight schools in the USA alone.

Czech Sport Aircraft is located in the city of Kunovice in the heart of the Moravian aviation valley where, from 1954 up to the present day, several aircraft have been designed, developed and manufactured. The company was formed in 2009 adding to almost 80 years of aviation pedigree and history in the city of Kunovice. Czech Sport Aircraft is focused on the research, design, development and production of Light Sport Aircraft for basic and advanced flight training, basic military pilot training, general recreational use and air tourism.