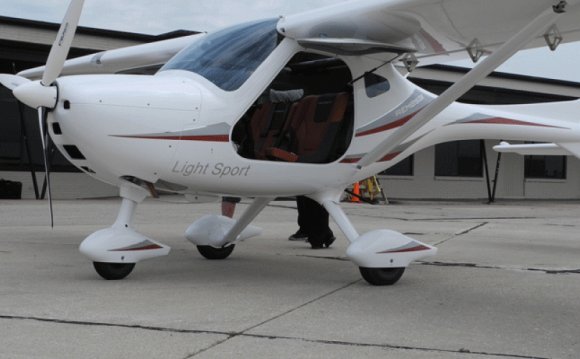 PILOT RATING CONSIDERATIONS
Each Phoenix is inspected and certified by an FAA Designated Airworthiness Representative (DAR), and carries an airworthiness certificate that states: Light Sport Glider. Consequently, it can be flown by a private airplane rated pilot, a sport pilot, or a glider pilot. How can that be? First of all if we are talking about an LSA airplane, a private rated airplane pilot can utilize his sport privileges to fly LSA airplanes by just hopping in and flying. (This would not be prudent considering the major differences involved in flying very light aircraft weighing a few hundred pounds versus aircraft weighing several thousand pounds). If the private pilot has a current medical certificate, the pilot is flying the LSA airplane with the same abilities that he always has in any GA aircraft. That is, he can fly in any airspace, he can fly at night, and he can fly above 10, 000'msl. If he flies without a medical, then he is flying as a sport pilot, and must fly below 10, 000' and only during the day. The same applies to the pilot with a sport airplane rating.

However, pilots can move between categories of aircraft (between airplanes and gliders for instance) in the LSA world without getting a new rating. What is required instead is a proficiency check. For an airplane rated pilot to fly an LSA glider such as the Phoenix, he must get a GL2 Proficiency Check. The training is done with one certified flight instructor (CFIG), and is tested and signed off by another CFIG. No Examiner is required, although an Examiner can give the flight test as well. The airplane pilot would now be flying as a sport pilot, with the sport pilot limitations of no night flight allowed (you can only be airborne between sunrise and sunset) and no flight above 10, 000'. Typically we do this for airplane pilots who have purchased a Phoenix and want to get more airtime in their plane before taking the glider checkride.

Since the Phoenix is certified as a light sport glider, it is best flown with a glider rating because glider pilots are not limited to 10, 000'; they can take the Phoenix to 18, 000', or even higher in a wave window or box. And the Phoenix can go that high with or without the engine! Because it has an engine that can be used for take-off, a self-launch logbook endorsement is also required.

Another interesting feature of the glider rating is that no medical, and no drivers license in the place of a medical is required. So the sport pilot rule about not flying if there has been a suspended or revoked medical certificate (in which case he would now be flying based on a drivers license) does not apply to glider pilots.

Ok, so that is the simplified version of the pilot ratings as they apply to the Phoenix. How about the difference between an LSA airplane and an LSA glider? The main differences are:
An LSA glider may not have a Vne higher than 120kts.

The LSA glider is not required to have an ELT.

The LSA glider is not required to have a transponder, and can go up to 18, 000’ without one, and can also fly into Class D airspace or inside the Mode C veil without one. (However, every Phoenix owner has opted for a transponder).

The LSA glider is not required to have strobe lights.

These first 3 points reference the fact that gliders typically do not carry enough battery power to run these things over a long soaring flight (engine off). But the Phoenix comes with an optional avionics battery to power instruments while soaring, so that the engine start battery is always ready to go.

In addition, an LSA glider can have a feathering prop (but not a variable pitch prop) to minimize drag in soaring flight.

What about the feathering prop? The Phoenix uses the Woodcomp Varia 1.6 propeller. It is a hollow carbon fiber prop which is operated by a two position lever which places the prop in the feathered or unfeathered position. The Varia prop pitch can be adjusted easily on the ground for best cruise or climb performance. We normally adjust the prop pitch in a middle position which gives a 1000fpm climb rate and 110kts cruise speed at 5000rpm.

The Norwegian airlines pilot is pushing the limits on this ...