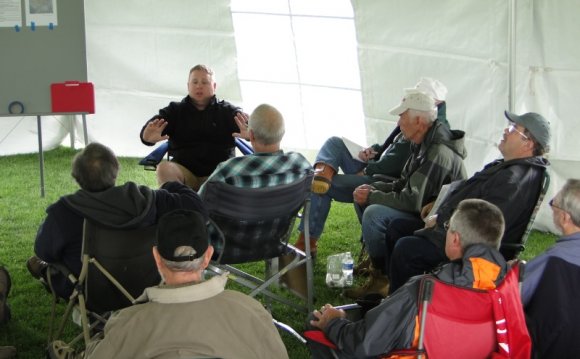 We get this question a lot: Do powered paragliders fall under sport pilot? What about the tandem exemption? Here are some answers to these questions along with interpretation of rules that are being defined. As of Feb 1, 2008 the exemptions have expired. We are working with the FAA to remedy the situation.

We’ve lost a valuable training tool for powered paraglider instruction. Fortunately, the FAA has indicated a willingness to redress the issue to prevent our sport from becoming less safe. But they cannot exempt anything that falls under the Sport Pilot (SP) rule.

Single-place powered paragliders do not fall under SP. As long as the unit qualifies as an ultralight, which any solo PPG does easily, it’s FAR 103 legal. Same with solo wheeled units as long as they meet Part 103 requirements.

Two-place foot-launched powered paragliders are also not part of Sport Pilot (SP) and can only be flown under an exemption. That is the exemption we seek. A foot launched tandem clearly has no “fuselage” nor are there any landing gear. So it clearly doesn’t meet the definition of a powered parachute (see below) and is therefore excluded from SP.

For two-place wheel-launched operations, things get more complex. It’s safe to say that any craft having a frame onto which the motor and wing mounts qualifies as a Powered Parachute under SP.

But what about those craft where the pilot uses the paramotor harness and a cart attachment? Does sport pilot include them?

Many of the existing units do have a frame with their own seats. These fall under SP. But those where the pilot sits in the paramotor’s own seat using a harness would seem NOT to fall under sport pilot. Or if the wing attaches to the harness rather than a frame. Also, if the wheels are not integral to the craft it further distances itself from sport pilot. The original explained:

“As stated in the proposed rule, the FAA specifically intended to exclude from consideration as light sport aircraft configurations in which the engine and/or wing is mounted on the person operating the aircraft, rather than a fuselage.”

Q: I’ve got a legitimate tandem powered paraglider trike. How do I fly it legally?
A: At this point there is no way to do so. Even provided we do get the exemption, there will be no allowance for “recreational” tandem.

Q: I don’t want to instruct or become an instructor. Is there another way?
A: Yes, you can get a machine certified as a Light Sport Aircraft and earn the FAA Sport Pilot License. We are not involved in that process and suggest you contact the USUA for more information.

Q: I want to instruct with my Tandem Trike, what do I have to do?
A: Hopefully, if and when we get the exemption, you can go through the USPPA Instructor then Tandem program. It takes significant experience to do this as you must first be a skilled pilot with demonstrated skills.

Physiology of Flight: Physics of the Atmosphere FAA Pilot ...

Weather to Fly for Sport Pilots with Paul Hamilton