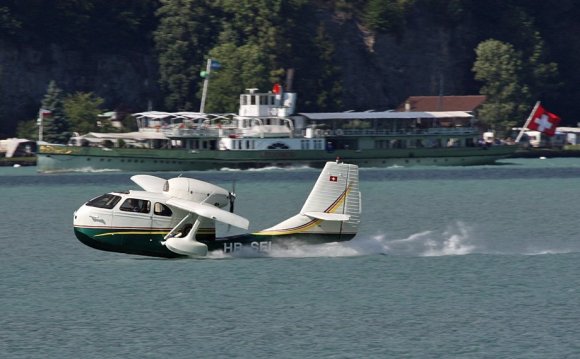 News-Register file photo##Evergreen Museum in 2013. Parts of the property is subject to a Nov. 30 sheriff’s sale.

Yamhill County Sheriff Tim Svenson has confirmed receipt of a writ of execution from Yamhill County Circuit Court for sale of the Evergreen Space Museum and the Wings & Waves Waterpark in a Nov. 30 foreclosure auction on the courthouse steps.

However, museum officials said Monday they remain hopeful of heading it off.

The writ was issued in response to a court finding that the owner of the properties, the nonprofit Michael King Smith Foundation, is past due on $1.9 million in debt to their builder, Portland’s Hoffman Construction.

Hoffman filed a foreclosure suit against the foundation last year. It prevailed, but agreed to set the judgment aside pending attempts to negotiate an acceptable out-of-court settlement.

In August, Hoffman sought and obtained reinstatement of the judgment because settlement talks had not borne fruit. The next step, already ordered by the sheriff, is publication of a set of legal notices advertising the sale.

Appraisals suggest that on paper at least, the buildings carry values running into the tens of millions. And to a much greater extent than the museum, the water park would appear to hold potential for operation as a commercial venture.

The Michael King Smith Foundation is governed by a three-member-board consisting of attorney Jay Goffman, head of corporate restructuring for New York’s Skadden, Arps, Slate, Meagher & Flom LLP, one of the largest law firms in the world; certified public accountant Lisa Anderson, president of Evergreen Vintage Aircraft, which previously owned some of the planes displayed at the space museum’s air museum twin; and Jimmy Ray, personal representative of the estate of late Evergreen corporate and museum founder Del E. Smith.

On Monday, Goffman released a statement saying, “We are aware of the action and we are working with all parties to try to resolve this matter consensually. The Michael King Smith Foundation intends to preserve its assets for the best interests of the entire community. We are dedicated to the long term future of McMinnville and we are confident that, with everyone’s effort, a positive solution can be achieved for all.”

A settlement would head off the foreclosure sale. So would a bankruptcy filing, at least for the time being, if not permanently.

Over the span of several decades, Smith built a fledgling helicopter company into a global aviation goliath under the banner of Evergreen International Aviation. From its base in McMinnville, the corporation came to include international air transport, helicopter services, ground logistics, agricultural and airplane storage and repair arms.

He subsequently founded the Evergreen Aviation Museum. Over the ensuing years, he added the space museum and water park, along with a theater, chapel and other elements.

The Evergreen Aviation & Space Museum operating entity leases its web of land and buildings from a variety of owners.

Since the collapse of Evergreen International Airlines and most of its subsidiaries in 2013-14, and Smith’s subsequent death, the museum has struggled. That’s partly because the entities that own its buildings, and many of its exhibits, are mired in debt.

It has managed to resolve a number of outstanding issues, but more keep cropping up.

Last summer, Evergreen Vintage Aircraft, which owned the aviation museum, about two-dozen of its planes and the adjacent theater at the time, filed for bankruptcy to hold off an Umpqua Bank foreclosure action based on debt approaching $42 million.

The bank settled for $20.5 million in June. As part of the deal, Yamhill County settled a back taxes claim of $1.2 million.

A private party purchased the two buildings and agreed to lease them back for continued museum operations on highly favorable terms. That provided the money used to pay the creditors.

However, the foundation-owned space museum and water park buildings had been put up for collateral with Hoffman Construction, Smith’s general contractor of choice on all of the buildings in the complex. The foundation still owes Hoffman almost $2 million, and months of talks have failed to produce a deal settling that debt.

As things stand, the foundation also owes the county almost $1.25 million in back taxes on the two properties. County Assessor Scott Maytubby did not return e-mails and a phone call by deadline, but records appear to show that all but $11, 800 of it is due on the water park element.

The foundation and county are locked in a tax court battle over the county’s claim, the foundation pressing a claim for an educational exemption and the county resisting. The case was heard in September, but the court is not expected to render a decision any time soon.

n In July, the Michael King Smith Foundation finally settled a longstanding debt with the Aero Club of Southern California on its centerpiece aviation museum exhibit, the massive wooden airplane known as the Spruce Goose.

n In September, Evergreen Vintage Aircraft apparently came to terms with its third major creditor, World Fuel Inc. However, it has yet to file final papers to that effect in federal court.

Smith put up EVA holdings for collateral against fuel orders to keep his global fleet in operation, running up about $9 million in debt.

World Fuel’s claim had been set for trial Nov. 9. In late September, the judge canceled the trial in anticipation of the filing of a stipulated judgment by the parties, stemming from out-of-court talks.