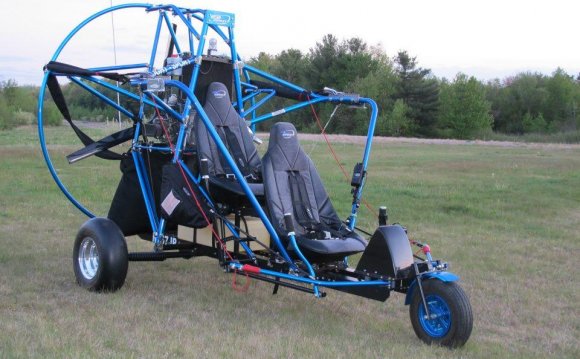 Affordable fun flyers with good aerobatic and a little bush capability as part of the bargain.

Owners who fancy a little light aerobaticsor even semi-serious competitionmight lust after a Pitts S1 or an Extra 300. But then reality sets in. Those airplanes require no small degree of skill to simply fly safely and thats before we consider the insurance premiums.

And thats why so many owners inevitably gravitate toward the Citabria or the Decathlon, starter aerobatic airplanes that turn out to have much more capability than many realized until they take a close look.

These models have a lot going for them. They arent expensive to buy or maintain, they dont have any serious gotchas and a pilot of average skill can learn to fly and land them safely. Moreover, they can double as respectable back-country flyers, which is something youre not likely to do in a Pitts or an Extra.

The airplane are still in production at American Champions factory in Rochester, Wisconsin, from whence come full support for all the models.

As result, the Citabria is right up at the top of the list for those looking for a simple, fun flying machine capable of most inside positive-G aerobatics. (Citabria is airbatic spelled backwards.) Available in several versions, with varying powerplants and equipment, the Citabria and its stablemate, the Decathlon, have a great deal to recommend them to the recreational flyer.

Its fair to say the Citabria goes back a waysall the way to the beginning, in fact. Its based on the Champion 7-series air- frame. The similar, although more rugged, 8 series is used for the Scout bushplane and the more fully aerobatic Decathlon.

There are a few things to watch for when looking for a Citabria, most notably the wooden wing spars found in pre-1990s models. Theres also the possibility of strut corrosion, similar to what Piper and Taylorcraft owners have been finding for some years. The good news is that American Champion can retrofit new, all-metal wings

onto older airplanes for owners who prefer them, and many Citabrias have undergone the upgrade. In addition, a gross weight boost for the metal-spar versions adds utility.

The Citabria traces its roots back to the Aeronca Champion (which everyone called the Champ), one of the crowd of postwar tailwheel trainers that included the Piper Cub, Cessna 120 and Luscombe. The postwar production boom resulted in tens of thousands of these airplanes, but by 1951the market was saturated and production ended.

The 7EC Champ was returned to production periodically and is now being manufactured for the light sport market by American Champion as the Champ, with a 100-HP Continental O-200 engine. Its the only light sport entry thats also a fully certified airplane. In 1959, the first airplanes that would eventually become Citabrias appeared, dubbed 7GC. In the years that followed, a fistful of airplanes debuted, each called Citabria.