Airplanes that land on water 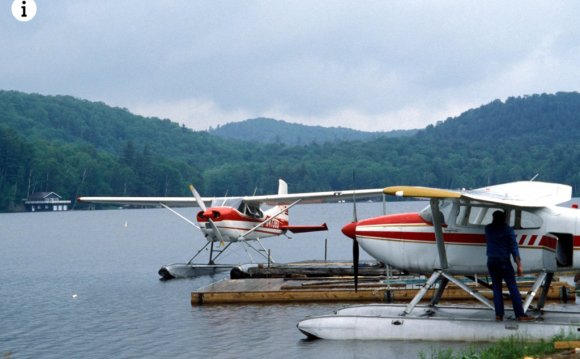 Water may look smooth and calm from the sky, but when you’re in a plane, experiencing an all-engine failure, and your only option is to make a water landing, that very stretch of smooth and calm water is the last place you want to land.

But even then, however, there is plenty of time to improvise after you ditch your plane in water.

After all, a good water landing results in the aircraft staying afloat for a considerable period of time after impact.

This is the aftermath of the famous water landing of a US Airways jet airliner on the Hudson River.

If you’re expecting to experience a water landing anytime soon, you might want to remember what this pilot did:

That is exactly what you want from a landing on water: your aircraft intact and afloat, and enough time for you and your passengers to get to safety.

How to Execute a Water Landing in a Cessna – 172

For a light aircraft, such as a Cessna – 172, making a successful water landing is a lot easier than for heavy jet airplanes, with their engines under the wing scooping-up water and disintegrating on first impact.

If you need to land on water in a light aircraft such as a Cessna – 172, you’ll follow a protocol similar to a normal runway landing. However, you should keep the following in your mind regarding water landings in such a plane.

It’s stressful, but certainly possible, to survive an emergency landing over water, if you just keep your wits about you. Have you experienced an emergency water landing? I’d love to hear your comments!

The above guidelines are general, and secondary to actions required by the more specific Pilot’s Operating Handbook for your aircraft.