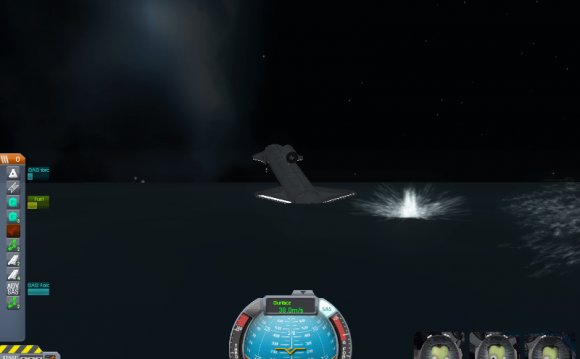 AirAsia Flight 8501 pilot Captain Irianto may have managed to safely land the aircraft in the Java Sea before it was sunk by giant waves, media reports said, citing experts. Search teams are currently looking for the plane’s black boxes that could help determine what caused the crash.

The Airbus A320 failed to send crash transmission data, which are emitted when a plane makes a destructive impact, giving rise to speculation that the plane may have made an emergency landing on water before being overcome by rough seas. Sources close to the investigation had previously said that data transmitted by the plane just before it lost contact with air traffic controllers on Sunday suggested that the aircraft executed an extremely steep climb to avoid a storm in its path, possibly causing a stall and resulting in a crash.

"The emergency locator transmitter (ELT) would work on impact, be that land, sea or the sides of a mountain, and my analysis is it didn't work because there was no major impact during landing, " Dudi Sudibyo, a senior editor of aviation magazine Angkasa, said, according to Agence France-Presse (AFP). “The pilot managed to land it on the sea’s surface.”

The plane, which was on its way to Singapore from Surabaya, Indonesia, with 162 people on board, was travelling at a height of 32, 000 feet when the pilot requested a change of course to avoid bad weather. That was the last known communication from the plane.

Search teams on Friday were looking for the plane’s fuselage, which is believed to be largely intact and at the bottom of the Java Sea, where the operations are now focused. An emergency door and an inflatable slide were among the first objects to be recovered by the search team, suggesting that passengers may have tried to exit the plane, according to AFP. Sixteen bodies have been recovered so far in the search area, Indonesia's Search and Rescue Agency said, according to Channel News Asia.

Former transport minister Jusman Syafii Djamal said the discovery of the floating emergency exit door meant "someone had opened it.”

Chappy Hakim, a former air force commander, told AFP: "The conclusions I have come to so far are that the plane did not blow up mid-air, and it did not suffer an impact when it hit a surface, because if it did so then the bodies would not be intact."

Eight of the bodies have arrived in Surabaya, where relatives of the victims have been waiting since Sunday, while two of the bodies are in Pangkalan Bun. Two of the bodies recovered are reportedly said to be of an adult male and a female. So far, only one body has been identified as a woman named Hayati Lutfiah Hamid.

Landing on a water plane