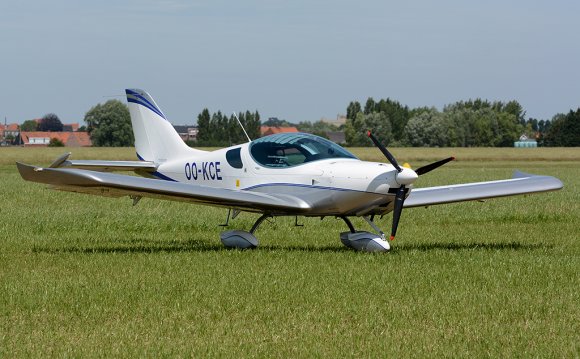 Czech Sport Aircraft is very pleased to announce a new landmark order for 8 SportCruiser from the USA. The purchase agreement was signed yesterday between Aviation Trading and US Sport Aircraft, the company’s importer for the USA and includes 5 SportCruiser SVAP+ and 3 SportCruiser SVAP Light, all of which will be configured with the new SkyView Touch™. This also sees the company achieve a new record for the largest number of aircraft in one single order, surpassing the previous milestone of 6 aircraft achieved in January 2013.

Commenting on this new order, Matthew Harvey, Co-Managing Director of Aviation Trading, the official authorised trading partner of Czech Sport Aircraft said, “We are delighted to announce this important order and it’s very satisfying to set a new record as we continue to raise the bar for our achievements on the market. However, it’s paramount that we remain focussed on our overall strategic objectives. Our partnership with US Sport Aircraft goes from strength to strength and we are very encouraged to see their consistent performance irrespective of the market conditions in the USA. With the first few SportCruiser of 2014 already recently shipped to the USA and the next batch of two SportCruiser being prepared for dispatch, this new order puts the company firmly on track to build further on the huge success achieved in 2013.”

Speaking from the SportCruiser Flight & Distribution Centre in Addison (TX), Patrick Arnzen, President of US Sport Aircraft, said, “Czech Sport Aircraft has made significant achievements over the last 12 months and US Sport Aircraft is pleased to be a part of this new commercial record. We continue to work hard on the US market and have successfully implemented some important changes that enable us to move forward with confidence in cementing the position of the SportCruiser as the number one LSA. This new order is testimony to the fact that the SportCruiser remains a major competitor and can be distinguished from other LSAs in terms of build-quality and safety. The success of the recent FAA audit of Czech Sport Aircraft confirms this.”

The SportCruiser SVAP+ offers dual-screen 10” Dynon SkyView instrumentation together with additional enhanced features. The SportCruiser SVAP Light is based on the increased demand from the U.S. market for an entry-level Light Sport Aircraft that combines affordability and advanced features with the flexibility to upgrade. Both models can be optionally equipped in 2014 with SkyView Touch™, Garmin 796 GPS, ADS-B Receiver, Stall Warning, Cabin Comfort Package and Sensenich Propeller. SkyView Touch™ adds the convenience of touch when you want it but keeps a full set of buttons and joystick knobs for precise control in turbulence. Capacitive multi-touch technology allows natural actions such as two finger pinch-to-zoom on the map. Unlike most touch-based avionics and tablets, SkyView Touch preserves SkyView’s sunlight-readable and glare-rejecting screen. In addition, Czech Sport Aircraft continues to supply the SportCruiser Classic with analogue instrumentation.

The excellent flight characteristics of the aircraft and robust construction of the airframe are perfectly suited to entry-level students and this makes the SportCruiser the ideal platform for training purposes. The facts on the market today clearly confirm the leadership of the SportCruiser within this important segment of the Light Sport Aircraft market, with the aircraft being used by almost 20 flight schools in the USA alone.

The SportCruiser is a double-seat aircraft of full metal construction. The aircraft is arranged as a low-wing mono-plane with cantilevered wings and conventional empennage. The SportCruiser is certified in the LSA category according to USA ASTM regulations and can be operated in countries recognising these regulations, e.g. USA, South Africa, Australia and some South American countries.