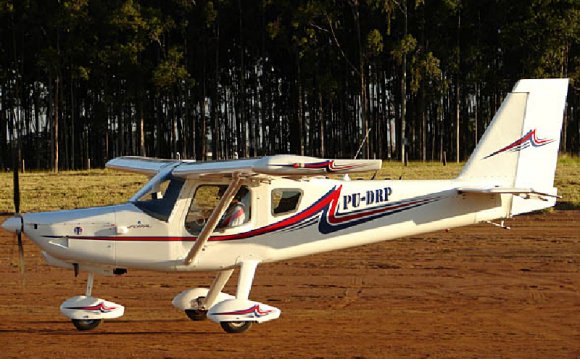 Talk about a muscle machine! It looks the part, and it flies like it looks.

I really hate to brag (you do believe that, right?), but I'm having so much fun with this beast, I just have to tell you about it.

The Grumman (aka "Grumman Iron Works") F8F Bearcat was first delivered in 1944, and was built to meet the Navy's desire for aircraft carrier protection. The idea was to launch, get up high quickly, and pounce upon the enemy at short range. It's essentially the superb Pratt & Whitney R-2800 engine, with just enough "stuff" hooked to it to make it fly. This 2200 HP version of the engine weighs about 3, 000 pounds, and the whole airplane without armament, empty, is about 7, 000 pounds. Max gross is 10, 400, but since the only "load" we can carry is fuel and one pilot, we never see more than 8, 000 pounds, max. Only about 1, 200 Bearcats were built, and only about half a dozen of them remain in flying condition today.

Unfortunately, they came along too late for WW II, and by the time the Korean hostilities broke out, jets made the F8F obsolete.

Bearcat prices today start at about two million dollars, if you can find one for sale at all. They don't change hands often.

By modern standards, where the kerosene burning screechers have a better than 1:1 thrust-to-weight ratio and can accelerate in the vertical, the Bearcat may seem a little tame by comparison. But a modified Bearcat still holds the piston-powered world record for its class for time to climb. That record is 96 seconds, from brake release at sea level to 10, 000'. The Bear that I have the honor of flying is fairly "stock, " but it's still a pretty impressive airplane when you lay the whip to it.

Oddly enough, I had flown the Bearcat before, long ago. A local pilot named Sal Martino owned one briefly at the Sarasota-Bradenton (Florida) airport where I grew up. For reasons I never fully understood, he let me fly it one day in 1961, in return for simply filling the tank (I remember that I had to borrow the money to do that). I had been flying Mustangs, and perhaps he had grown tired of hearing how much fun they were, and wanted to give me a taste of a real airplane. Of course, Bearcats were both more plentiful and much cheaper then, probably selling for well under , 000 in flyable condition. (Mustangs could be had for under , 000, and we were buying North American B-25s for , 000, in flying condition!)

For years, there have been arguments over the performance of the Mustang vs. the Bearcat, with both competing in the Reno races. I can't answer the question on the highly modified airplanes, but a stock Bearcat will easily beat a stock Mustang, without even breathing hard. Mustang pilots grit their teeth when trying to fly formation with the Bear, they have to constantly whine, "Hey, gimme a couple inches, willya?" (Meaning, "Reduce your manifold pressure a bit, you're leaving me behind!")

I've been active in the Southern California Wing of the Confederate Air Force for some time, but never dreamed I'd be invited or allowed to the fly the Bear, which is owned by the CAF, and assigned to the "SoCal" Wing. By CAF rules, only five pilots are assigned at any one time. When a vacancy occurred, and I was invited to join that group, I asked only, "Whom do I have to kill?"

N7825C is an F8F-2 airplane with an engine from an F8F-1, the R-2800-34W engine. The airplane and the engine are in superb condition. It is flown often, attending airshows almost every weekend during the season, and even staying busy in the off-season with photo shoots, flybys, etc. Any of us can go fly it anytime for proficiency, just paying for the gas and oil (at about 0 per hour). One member of the group, Mike O'Hearn, does a very nice aerobatic show routine in it, and that's very popular at shows, too.

Stock Bearcats have the fairly unusual AeroProducts hydraulic prop, with its own reservoir of hydraulic fluid in a small drum that is attached to the rear of the prop hub, rotating with the prop. All the prop control mechanism (governor) is in that assembly, also turning with the prop. Parts for it are getting very scarce, and we may be forced to someday convert to something else.

(Most of the big radials use engine oil for prop control. There is usually a prop governor mounted on the engine to boost normal oil pressure and to port oil to and from the prop dome for control. The AeroProducts prop is fine when it works, but the Hamilton Standard installations are much more reliable, in my opinion, and parts are still easy to find.)

Early Bearcats had four .50-caliber machine guns (half-inch diameter bullets), two in each wing, and the later models replaced those with the 20 mm cannons. (20 mm is about 0.79 inches, a much larger projectile!) No missiles, no radar, just a nasty, mean little street fighter with an attitude and awesome performance. All the armament and most of the protective armor has been removed from 25C, of course, leaving large bays in the wing for spare oil, cleaning supplies, and luggage.

With a capacity of only 169.7 gallons, it is a very short-range bird, indeed. (Standard fuel on the F8F was not much better at 185 gallons, and 25C is even shorter legged.) If all possible fuel-saving measures are taken (250 knots IAS at very low power), you had better be on final approach with landing assured within two hours!

All the fuel is in one big tank in the fuselage, right behind the pilot. None at all in the wings, there simply isn't room. It is possible to mount a 150-gallon drop tank on the fuselage centerline, and 100-gallon tanks on the hardpoint on each wing.

We actually have one of the centerline tanks that we could use, but the FAA takes a dim view of mounting anything on any civilian airplane that can be dropped. If we do ever use it, it must be installed so that it cannot be dropped. Most of us are just a little bit squeamish about having 150 gallons of fuel hangin' down there, hard-mounted. Why? Well, think about an engine failure on takeoff, right after gear retraction. The immediate belly landing would destroy that tank, fuel would go all over the place, and there would be plenty of sparks to ignite it. No thanks, I'll take the extra fuel stops. Besides, I fit the cockpit like the cork in a wine bottle, the parachute is fairly hard, and about two hours is my max limit in the little fighter, anyway. Funny, I don't remember that cockpit being so small when I was 21, and 165 pounds!