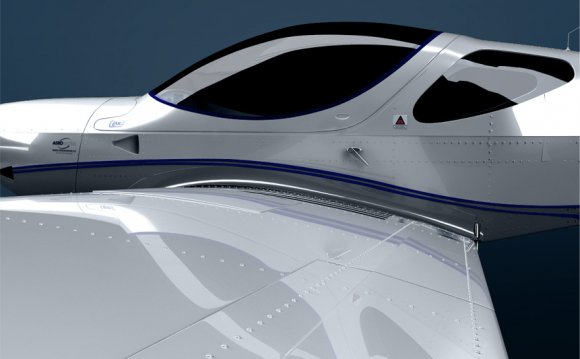 Czech Sport Aircraft is pleased to confirm that two additional aircraft from the record order for eight SportCruiser signed at the end of June are being prepared for shipment to the USA. This new shipment will further expand the growing fleet of SportCruiser in the USA, where in excess of 200 units are already operating.

Matthew Harvey, Managing Director of Aviation Trading, the official authorised trading partner of Czech Sport Aircraft said, “After shipping the last two SportCruiser to the USA at the end of last month it is now very encouraging to have the next two units ready to cross the Atlantic. The USA continues to remain a strategically important market for Czech Sport Aircraft and our international sales and marketing activities. We are already preparing hard for 2015 based on the solid partnership we have in place with our US importer US Sport Aircraft. The SportCruiser is a household name on the LSA market and we continue to build on the success achieved to date.”

Speaking from the SportCruiser Flight & Distribution Centre in Addision (TX), Patrick Arnzen, President of US Sport Aircraft, said, “In order for us to achieve success on the market and meet our ambitious sales targets, we need to be able to count on the serial production of Czech Sport Aircraft to ensure a steady supply of SportCruiser. So far so good! We look forward to working closely together with the factory and Aviation Trading over the coming months to make sure we are all prepared for the exciting challenges that lie ahead in 2015. We are now taking orders for production year 2015 SportCruiser and we are pleased to see that Czech Sport Aircraft has significantly improved the standard specification of the aircraft for next year with both some safety and operational enhancements.”

The SportCruiser SVAP+ offers dual-screen 10” Dynon SkyView instrumentation together with additional enhanced features. The SportCruiser SVAP Light is based on the increased demand from the U.S. market for an entry-level Light Sport Aircraft that combines affordability and advanced features with the flexibility to upgrade. SkyView Touch™ is a new option on the SportCruiser for 2014 and adds the convenience of touch when you want it but keeps a full set of buttons and joystick knobs for precise control in turbulence. Capacitive multi-touch technology allows natural actions such as two finger pinch-to-zoom on the map. Unlike most touch-based avionics and tablets, SkyView Touch™ preserves SkyView’s sunlight-readable and glare-rejecting screen.

The SportCruiser is a double-seat aircrafts of full metal construction. The aircraft is arranged as a low-wing mono-plane with cantilevered wings and conventional empennage. The SportCruiser is certified according to USA ASTM regulations and can be operated in countries recognising LSA regulations such as the USA, South Africa, Australia and some South American countries.

Currently a total of over 500 PS-28 Cruiser and SportCruiser have been produced. Over 200 aircraft are operating in the USA and almost 200 aircraft are operating in Europe where the company is enjoying significant sales success. The excellent flight characteristics of the aircraft and robust construction of the airframe are perfectly suited to entry-level students and this makes the SportCruiser the ideal platform for training purposes. The facts on the market today clearly confirm the leadership of the SportCruiser within this important segment of the Light Sport Aircraft market, with the aircraft being operated in over 20 flight schools in the USA alone.

Czech Sport Aircraft is located in the city of Kunovice in the heart of the Moravian aviation valley where, from 1954 up to the present day, several aircraft have been designed, developed and manufactured. The company was formed in 2009 adding to almost 80 years of aviation pedigree and history in the city of Kunovice. Czech Sport Aircraft is focused on the research, design, development and production of Light Sport Aircraft for basic and advanced flight training, basic military pilot training, general recreational use and air tourism.