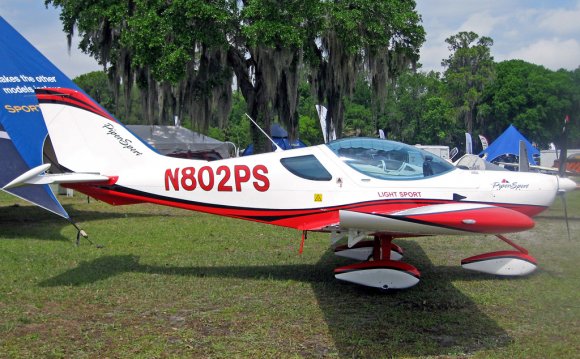 When I wrote about Piper’s entry into the Special Light Sport Aircraft (S-LSA) market in my column last fall (Oct/Nov 2010 Midwest Flyer Magazine), I commented upon the speed with which the deal was struck between Piper Aircraft and Czech Sport Aircraft, manufacturer of what was then called the “Sport Cruiser.” The Sport Cruiser was rebranded as the “Piper Sport, ” and distribution was done through a stand-alone network of Piper Sport dealers.

But the lickety-split pace of the deal making was exceeded by the speed with which it came to an end, barely a year later. Although supportive of the aircraft, Piper cited “differences in business philosophies, ” and pulled the plug on its S-LSA offering, just as it was starting to really take off.

According to statistics maintained by Dan Johnson, head of the Light Aircraft Manufacturers Association (LAMA), as of June 2011, Czech Sport Aircraft had 177 of various derivatives Sport Cruiser models registered in the U.S. This makes the Sport Cruiser second only to industry-leader Flight Design, and outpacing other front-runners such as American Legend, Tecnam and Cub Crafters; and substantially ahead of its big-league competitor, Cessna.

Approximately 70 of the Sport Cruisers on the FAA registry are officially Piper Sports, almost all of which were sold during the short life of Piper’s marketing agreement with the manufacturer. (A few Piper Sports have been sold since the termination of the agreement, as existing inventory is liquidated.)

So what is next for the Sport Cruiser and the former Piper Sport dealers who hitched their wagon to Piper’s rising star, only to have their plans dashed a few months later while enjoying a very encouraging market response?

I caught up with Bill and Todd Kyle, owners of North Iowa Air Service, profiled in my first article, and talked about future plans for this promising S-LSA. If the “animal spirit” that animates so much of general aviation entrepreneurial activity is any indication, the Czech Sport Aircraft offering, now once again known as the Sport Cruiser, is alive and well, with bright, if more modest, prospects for future success.

First, the new marketing structure remains essentially intact, with nine of the original 10 Piper Sport dealers remaining on board, and a new one joining the group, thereby maintaining the original total of 10. U.S. Sport Aircraft, based in Ft. Pierce, Florida, and owned by Don Ayres, remains the master distributor for North America: The aircraft are imported into the U.S., reassembled at the company’s facilities in Ft. Pierce and Addison, Texas, inspected by a Designated Airworthiness Representative (DAR), and issued their Special-Light Sport Aircraft airworthiness certificates. From there they are distributed to the various dealers around the country. All 10 regional dealers are factory-authorized service centers.