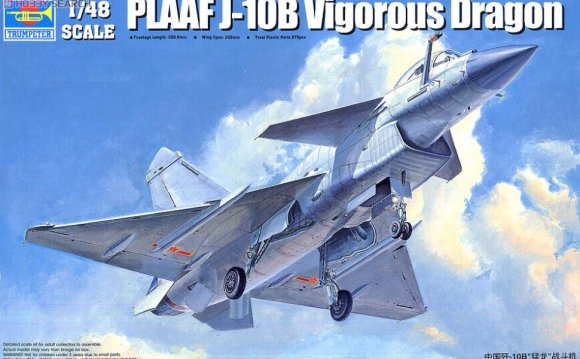 Before talking about the five things you should know before buying a drone I need to mention that during the 2015 Christmas shopping season it is expected that over 1 million drones/UAVs will be sold. This number represents an unprecedented increase in model aircraft taking to the skies.

With such a rise in the number of small aircraft taking to the sky​ you must remember you are sharing the airspace with others including commercial and private passenger aircraft. The number of drones that are passing within 100 feet of an airliner is growing. That statistic is unacceptable.

As a new drone pilot you should educate your self on the airspace regulations of your country, and the general rules​ of safe flying.

The United States for example is working on a set of rules that will require drones to be registered with the Department of Transportation (DOT).​ The registration process could possibly go into effect before the end of 2015. The Federal Aviation Administration chief Michael Hurera has stated in interviews: "When they don't fly safely, they'll know there will be consequences." A strong statement from Hurera, but he is right.

This is not a time for gloom and doom for drones, its just a reminder that people should be responsible with their actions. You wouldn't let a ten year old drive your car... of course not!

For the past three years this website has helped over 2 million people around the world learn how to build, fly, and buy drones. ​We always advocate safety when flying, and will assist any governmental department around the world in getting information out to the public regarding regulations and best practices.

​Ok.. Lets get back to the top 5 things you should know before buying a drone.

#1 Not All drones Are Easy To Fly

If you want to buy a drone, you should first know that anything that flies is going to be hard to control. A typical quadcopter is actually physically impossible to fly, but what keeps it stable is the computer inside (typically called the flight controller). Every drone flies slightly different depending on how the flight controller is setup. Some flight controllers are setup for more agile flying, while others might be geared more towards stability.

When it comes to flying and skill level, there's this magical price curve that nobody really talks about. I call it the "price vs ease-of-use curve". Normally, with radio control cars, planes or helicopters when the price goes up, the difficulty level increases. However, with drones that isn't the case. Here's a simple graph to illustrate what I'm talking about. The ease-of-use value goes from 0 to 10 and the price value goes from $0 to $1, 000. Looking at the graph you can see that the easiest drones to fly are in the $700 range. The reason why more expensive drones fly better is because of the added sensors and functionality to the flight controllers inside.

​Right now, the Phantom 3, Inspire 1, Q500 4K and last but not least the 3DR SOLO are some of the easiest drones to fly, where as something like the Hubsan X4 or Syma X5C are nice cheap little drones, but much harder to keep in the air.

If you're wondering, the data in this graph is just from my experience, not any particular source.

#2 Not All Drones Are Ready To Fly

When you're looking at drones to buy, you'll see a few common acronyms that pop up, RTF, BNF and ARF.

#3 You Need To Make Investments Upfront

If you just want something to fly around the house for $50, then this section doesn't really apply to you, but if you're looking at spending hundreds (maybe even thousands) of dollars then you need to invest your time and money wisely.

Here are just a few things that "I did not do" when I first started out with my first drone, that would've helped me drastically later on.

#4 There's a Ton Of Places To Buy From

If you don't know where to buy a drone, don't worry. There's tons of online stores for drones that will ship to just about any major country. Most of the big online drone retailers are located in either the USA or China, but if you look hard enough you might be able to find a smaller store located near you.

One of the biggest stores (if not the biggest) is called Hobby King. Hobby King is like the Walmart of Radio control. They have tens of thousands of products for sale. Some products are things that they've designed themselves, some are things that they've gotten permission to manufacture and other things they just sell like any other retailer. Some of the drone parts sold at Hobby King are great, but some are terrible, so you really have to read the reviews of whatever the part is that you're looking at. That way, you can see all the problems that other people are having and determine if it's a good product or not.

Another place to look for parts and even full drone setups is the Classifieds section of RCGroups.com. The Classifieds section of RCGroups is like the craigslist of radio control stuff. You can find amazing deals, but you can also get scammed and ripped off. So be careful who you buy from on there. I would say about 95% of the people on there are ok to buy from, just watch out for the other 5% and you'll be fine.

#5 You Need To Be Part Of a Drone Community

Personally, I think that everyone who owns a drone (or wants to buy one) should be part of an online (or physical) community of some kind. There are tons of online drone forums out there. Some are for general purpose and some or for very specific subjects, like a certain product line or part. You don't have to join every drone forum you find, but I recommend finding at least one or two and seeing how you like them.

Drone forums can be great, but you have to know what it is that you're trying to ask, where to ask and how to ask it. If you don't, your questions will go unanswered. Sometimes people will even look down on you, just because you asked a stupid question. If you've never been part of an online forum before, just join one and look at how other people are asking questions.

Stock Footage - A small aircraft flies low over a field ...