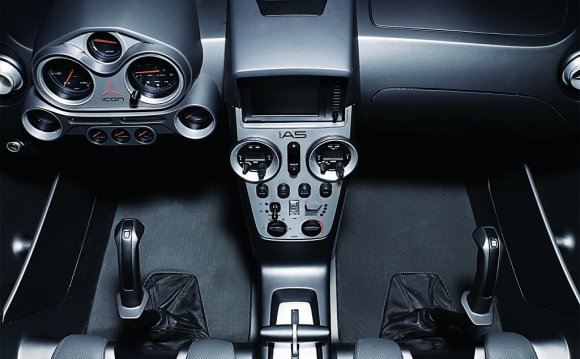 There’s a new “flying car” which has everyone talking. The Icon A5, which completed its first flight on July 7th of last year, recently invited a group of leading aviation journalists to test out the aircraft, and has received overwhelmingly positive feedback.

Here are eight reasons why it’s causing such a stir:

ANYONE CAN FLY IT

Well, almost anyone. The Icon A5 is certified by the FAA in the light-sport aircraft category, which means you do need a license to fly it. However, only a SPL (Sports Pilots License) is required, which involves just 20 hours of flight training (less than half that of a normal pilot’s license). Icon has said that they want to democratize private aviation and get people flying themselves, stating that 40% of orders to date (more than 1500) are from non-pilots.

SMALL IN SIZE, BIG ON PERFORMANCE

While anyone can fly it, the aircraft’s performance is pretty spectacular. Flying at top speeds of 110 mph, the Icon A5 weighs around 1000 lbs with a range of 450 miles. It can fly at altitude up to 10, 000 ft. But while it’s big on performance and style, it’s small on size; measuring just 23 ft. in length and 7 ft. in height.

YOU CAN PARK IT IN YOUR GARAGE

It’s so small, in fact, that you can actually park it in your home’s garage. The Icon A5 has wings measuring 34 ft., which can fold up to allow the aircraft to snuggly fit in your garage, and be towed on a trailer. As well as aviation fuel, it also runs on premium unleaded fuel that you’d find at your local gas station.

IT HAS IMPRESSIVE SAFETY FEATURES

It has remarkable safety features, which means that the aircraft remains safe and controllable, even if the pilot was to stall. It has a spin-resistant airframe, the first to meet full FAA standards for this. This makes it much more difficult for aircraft to enter a spin, and much easier to recover.

IT COSTS LESS THAN A FERRARI

Impressively, the price of the Icon A5 is marked at $197, 000 – which is less than many supercars. It’s also being compared to a Tesla, and the Icon A5 is just $50, 000 more than the Tesla Model S. This makes it a viable option as a personal jet, and for those that want the ultimate flying car in their garage.

It’s being marketed (and FAA regulated) as a “sport” plane, and will therefore have the crossover appeal to those that love sports cars.