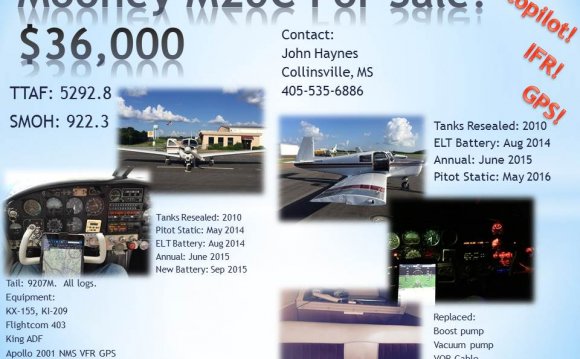 People have dreamed of flight since the first time someone looked up and saw a bird. While no one has ever grown wings, many people find single engine airplanes to be the next best thing to the dream of human flight. The top 10 single engine airplanes are more than just vehicles, they are dreams made manifest. The world looks different from the cockpit; you are just at that perfect height to get a new perspective on everything. Do your preflight and take wing. The view is beautiful up there.

Not all singles rely on piston engines. Take the Piper Meridian for example; this big single comes with a 500 horsepower turboprop that is good for 1, 000 nautical miles with a 45 minute reserve. A 30, 000 foot ceiling frees you to take almost any flight level, and you can rely on the Meridian even if you have to fly into known icing.

People love speed, and the Cessna 400 TTx, also known as the Cessna Corvalis is the fastest plane in its class. There is no other fixed gear low wing monoplane quite like it, combining innovative design with advanced avionics.

With a cruising speed of 235 knots and 1200 nautical miles of range, the TTx can take four people almost anywhere, in both comfort and style.

In the world of general aviation, no plane is more popular than the Cirrus SR22. This low wing monoplane matches good looks with practicality from the tricycle landing gear to the airframe parachute system.

Learning to fly is never easy, but the Piper Arrow is one of the best complex trainers on the market. Powered by a 200 horsepower Lycoming engine, this low wing monoplane features retractable landing gear and a twin blade propeller. Built with both ergonomics and durability in mind, this is a truly forgiving aircraft and easy to fly.

Also known as, the Skylane, the Cessna 182 is a high-wing fixed gear monoplane that has been in production for years. The high wing gives you lots of visibility for landing, which is always a bonus for any pilot. The 182 was also one of the first single engine planes to make a turbo option widely available, and some later Turbo Skylanes even offer a 227 horsepower compression ignition model for extended range.