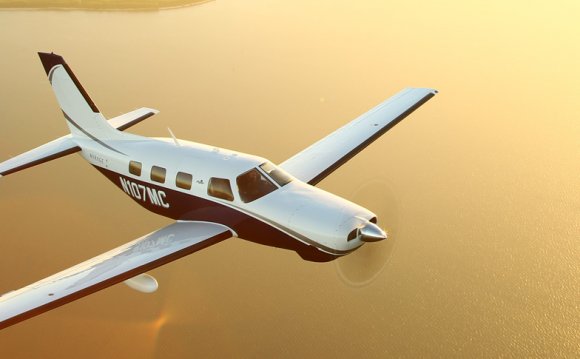 There are certain litmus tests one can use to gauge whether a bank - or, for that matter, any type of publicly traded company - is being run for the sake of its management or rather, as it should be, for the sake of its shareholders. A chief executive officer's personal use of his or her company's private jet fleet is one of these.

According to the latest round of proxy statements, Wells Fargo is the only bank with more than $1 trillion in assets that doesn't allow its CEO to use company-owned aircraft for personal use. Not coincidentally, Wells Fargo has also been the most profitable big bank in the United States by a wide margin for multiple decades.

Expenses matter in every industry, but they're critical in banking. "Being a low-cost provider gives one a tremendous strategic advantage, " former US Bancorp CEO Jerry Grundhofer once explained. "It allows you to deal with challenges, be competitive on the asset and liability sides of the balance sheet, and take care of customers."

I've discussed this at length elsewhere, but the bottom line is that banks that spend a smaller share of their revenue on operating expenses tend to generate higher shareholder returns than their less efficient peers. You can see this in the chart below, which plots the efficiency ratios (operating expenses divided by net revenue) of the nation's 15 biggest banks against their respective return on assets (net income divided by total assets).

This isn't to say that an executive's personal use of his or her company's jet(s) single-handedly explains why some banks are less profitable than others. Even if an executive does so regularly, racking up hundreds of thousands of dollars in personal travel expenses, the added costs are bound to be negligible compared to the revenue of a Fortune 500 company. And in most cases, the executives are required to reimburse their companies for the added expense.

Take Bank of America as an example. Its CEO, Brian Moynihan, used the bank's jets for personal use more than any other CEO of a publicly traded company in 2013, racking up $478, 545 in expenses related to personal travel. Even assuming he didn't reimburse the company - which, according to the bank's proxy statement, he did - that amounts to a mere 0.00053% of the bank's 2013 net revenue.

The issue in a case like this, in other words, isn't the cost per se; it's rather the precedent that an executive's personal use of his or her employer's airplanes sets for the rest of the company. How can a CEO realistically expect the rank and file to run a lean operation if they themselves aren't willing to do so? This is a rhetorical question, of course, because I don't believe they can.

William Thorndike makes this point in his excellent book . A textbook example shared by Thorndike was the 1986 acquisition of the ABC Network by Capital Cities (now a part of Disney). At the time, Capital Cities was run by Tom Murphy, a close affiliate of Warren Buffett and one of the most successful corporate executives over the past half century measured by shareholder returns.

ABC . . . was a limousine culture - one of the most cherished perks for an industry executive was the ability to take a limo for even a few blocks to lunch. Murphy, however, was a cab man and from very early on showed up to all ABC meetings in cabs. Before long, this practice rippled through the ABC executive ranks, and the broader Capital Cities [cost-conscious] ethos slowly began to permeate the ABC culture. When asked whether this was a case of leading by example, Murphy responded, "Is there any other way?"

The point here is that running a lean operation requires sacrifices. And for those sacrifices to be absorbed into a company's culture, they must be exemplified first and foremost in the executive suite. It may not be necessary to go to the lengths of Wells Fargo, which hasn't updated the décor in its executives' offices for decades, but the least one can expect from the officers of a publicly traded company is that they don't make a habit out of using the company's jets for personal use.

This $19 trillion industry could destroy the Internet
One bleeding-edge technology is about to put the World Wide Web to bed. And if you act right away, it could make you wildly rich. Experts are calling it the single largest business opportunity in the history of capitalism... The Economist is calling it "transformative"... But you'll probably just call it "how I made my millions." Don't be too late to the party - click here for one stock to own when the Web goes dark.