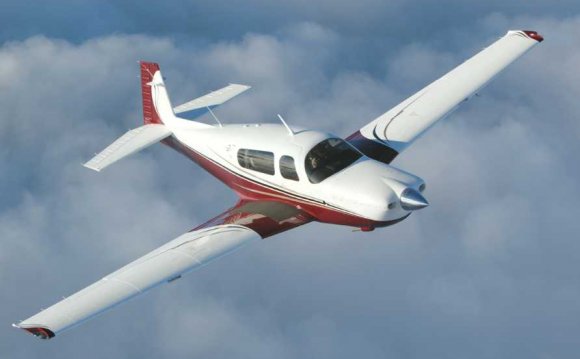 In November of 2011, Ben asked us to fly down to Atlanta to meet him.

Ben, as in Ben Chestnut—the founder and CEO of MailChimp, the world’s leader in email marketing, sending 10 billion emails for their customers every month. Their team had been trying out Wistia to host their marketing and support videos.

At the time, Wistia was just 5 guys holding our company together with duct tape, and my co-founder Brendan and I barely had the budget for a flight or hotel. Our product couldn't have been more simple, and we didn't have a sales team. If Ben had asked for a demo of the enterprise features, it would have lasted 0 minutes. We had no enterprise features.

Needless to say, Brendan and I were worried about going to Atlanta and exposing how ragtag we really were. We pondered whether the visit would kill our chances of locking down this important relationship.

Ultimately, we took a leap of faith and got on the plane. We decided that even if it was a disaster, we would learn some valuable lessons from taking the risk.

When we arrived, we quickly learned that Ben and his team had been planning to move all of their videos to Wistia all along. They were looking for a company that was willing to be honest, clear, and transparent with how they operated.

Don't hide who you are

It's normal to feel fearful and embarrassed about your product and your company when you're first starting out.

When Brendan and I first started Wistia, it was pretty clear how big the company was. There were two of us, we had no website, and we were 22 and 23 years old. We couldn’t hide who we were or what we were doing.

When we went to startup events, we were just two guys working on a problem. When we met Ben and Adam, who would become our first two team members, it was just Brendan and I working out of Brendan’s bedroom.

Shortly thereafter, a very unfortunate thing happened to us: We closed our first round of funding, got an office, and set out to build a "real business."

Can you guess what happened next? We started to have real business meetings. We got fancy titles. We even bought a conference phone for our Conference Room.

Brendan and I began commuting 25 minutes to our brand new office in Lexington, Massachusetts. It was a stupid commute. But we did have our own parking lot! There were many times that we would actually have to dig ourselves out after a night’s snowfall so that we could race to beat Adam and Ben to the office, just to show them how serious we were about building a "real business."

It should come as no surprise that we stopped referring to the company as a small business that we ran out of Brendan's bedroom. Here's what our team page looked like:

What do you think of this team page? Do you think that Wistia looks like a huge, successful "real business?" There are probably a slew of other employees not important enough to make it onto this page, right? Wrong.

It took us too long to figure out that people saw right through this. Our pretensions hurt our credibility. We blew the opportunity to be original and connect with our customers in a personal way.

However, we did learn a valuable lesson from our attempts to be something that we weren't. It forced us to reflect on our motivations, and that's when we realized that trying to blend in and mimic successful companies went 100% contrary to the reason why we started Wistia in the first place—to help fellow filmmakers succeed, be our authentic selves, and build a totally original company.

"That's when we realized that trying to blend in and mimic successful companies went 100% contrary to the reason why we started Wistia in the first place."

Show up and show that you care

Be bold, get on that plane, and show people who you really are—quirks, warts, and all.

Early customers will love you for it. They don't want to do business with some sterile, cold corporation. They hate the corporate logo and the formalities. They don’t want boring demos and webinars of features they'll never use. They want a personal relationship with an entrepreneur, product, and company that they can root for.

"So when your prospects and your customers actually meet you, they're buying you. Not just your product as it exists today. But also—your vision, your strategy, and your commitment to making the product better and better over time. And they're buying, and getting, your social contract to deliver for them over time. So they get a win in the organization. Not just some tool."

Ben at MailChimp has been a customer ever since we flew down to meet him. The buying and selling of software can seem like the abstract exchange of cash for services, but the underlying reality is a real human being who's betting their livelihood on your product. Ben told me, "We've been jerked around before and moving our videos to a new video host is actually a big deal for us." He wanted to know that he could count on Wistia, and on us as entrepreneurs.

The more you put forward who you really are, the better people will understand you and the more they will want to get to know you. They will be more likely to invest in your growth, and even cut you some slack when you fall short.

"The more you put forward who you really are, the better people will understand you and the more they will want to get to know you."

Don't hide behind your computer screen, don't cower in the face of your fears and insecurities, and don't fall victim to despair at your insignificance—harness your small size to operate at human scale. Show who you are and show that you care. You'll find that it’s not only good for business, it's good for the soul.