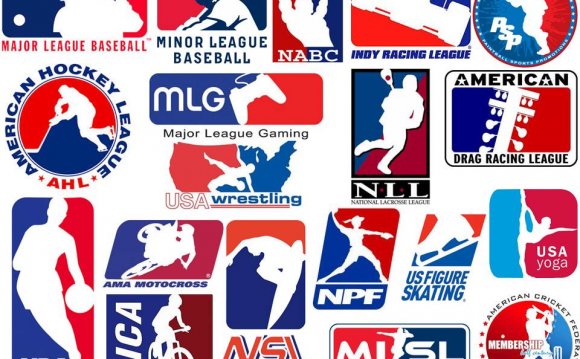 NEW YORK – They tell us this is a big deal. The biggest stateside soccer event since the 1994 World Cup – with due respect, or perhaps disregard, for the 1999 and 2003 Women's World Cups. A special one-off edition of the Copa America, to celebrate its 100th anniversary, only with the rest of the Americas involved as well. Lionel Messi and Neymar and Luis Suarez, Barcelona's holy trinity from South America, competing against Mexico and our fair United States of America and others, at a stadium near you.

But the big deal almost wasn't a deal at all. You may recall – and how could you possibly forget? – the Swiss-American raids on a FIFA congress in Zurich nine months ago that sent not ripples but tsunamis rushing through the entire soccer world. As it turned out, once the thicket of string, strands and yarns of corruption and graft had been untangled, much of the money trail led back to this very tournament.

FIFA is dramatically changed since then – or maybe it isn't; Friday's presidential election will tell – but the most severe collateral damage was very nearly not Sepp Blatter's grip on the sport, but this tournament. The two companies that owned its image rights had been indicted. A dozen or so of the officials who had awarded those rights and been instrumental in putting on the Centenario were either fleeing, fighting or facing extradition to the U.S. and the terrible wrath of Attorney General Loretta Lynch.

Disappointingly, this unlikely folk hero of the small soccer constituency eager for change and transparency did not make a surprise appearance at the draw on Sunday, just to see the look on the faces of the few remaining officials of the gutted CONMEBOL and CONCACAF, the governing bodies for the sport in the Americas.

U.S. Soccer very nearly pulled out of hosting the tournament, which would have sent it crashing down like a house of cards dropped through an industrial shredder. But it eventually righted the almighty mess of illegitimately acquired contracts and secured enough assurances from suddenly desperate confederations.

And so on Sunday night, the Hammerstein Ballroom in the Manhattan Center hosted a highly regimented television production of live music performances, oversized flag-waving and unchecked hyperbole. Also, 16 nations were drawn from bowls and allocated to four groups. But not until all the other fuss was, at length, completed.

"I fixed it, " former U.S. national teamer Alexi Lalas quipped after the draw, in which he was one of four soccer retirees to do the honors. "I fixed it perfect."

Certainly. But the Americans got the highest-ranked team in two of the three other pots, and the second-best team in the other, which happens to be World Cup quarterfinalist Colombia, one of the best teams on the planet.

U.S. head coach and technical director Jurgen Klinsmann was, of course, chipper – as he always is and remained throughout a challenging 2015, easily the most difficult year of his 4&3189;-year tenure. He contends that the Americans' objective hasn't changed in spite of the brutal draw.

"No, " he said. "Obviously it's a difficult group, no doubt about it, but it's doable."

He likened the outcome of the draw to that of the 2014 World Cup, in which the U.S. got perhaps the hardest draw imaginable as well – Ghana, Portugal and Germany. "We had a similar kind of scenario in Brazil and we went through [to the knockout rounds], " Klinsmann said. "So now we start with Colombia right away instead of Ghana." At this he chuckled, perhaps revealing more than the statement itself.

"Yeah, would you like an easier group? Maybe on the paper, " Klinsmann added bullishly. "But then no group is easy, either."

Not exactly – Brazil got Ecuador, Haiti and Peru, which is objectively an easier lot.

Just like at the World Cup, Klinsmann has set a place in the first knockout round as the primary target for the tournament, which will likely require at least a win and a draw from three very difficult games.

Sports: Blue Jackets - March With Us 60