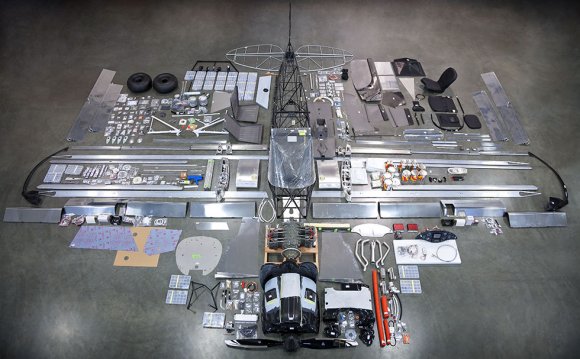 The family of a 4-year old girl and her mother are suing kit maker Van’s Aircraft over the death of the girl and injuries to the mother sustained in the May 2014 crash of an RV-10 built by the girl’s step-grandfather. The family is asking for $35 Million in damages.

The NTSB investigation determined that the crash occurred because of “a total loss of engine power due to fuel starvation because of a blocked fuel line that resulted from the pilot’s improper maintenance practices and the pilot’s subsequent failure to maintain adequate airspeed while attempting a forced landing, which led to the airplane exceeding its critical angle-of-attack and experiencing an aerodynamic stall.”

The summary of the report describes the accident scenario, and the reason for the loss of engine power:

“The pilot, who was also the builder of the experimental kit airplane, departed for a cross-country flight from his home airport. The passenger reported that, following a normal departure, the airplane continued the takeoff climb through some cloud wisps and ascended above a lower cloud cover with an overcast layer above. Suddenly, the engine experienced a total loss of power. The pilot maneuvered the airplane toward the closest airport, but, when he realized that the airplane would not be able to glide to the airport, he attempted to make an off-airport landing. The airplane stalled and then collided with terrain in an open area of a paper mill. Ground scar analysis and wreckage fragmentation revealed that the airplane descended in a steep, near-vertical, nose-down, left-wing-down attitude before it impacted terrain. The pilot installed a fuel flow transducer about 2 to 3 weeks before the accident and used heavy applications of room temperature vulcanization (RTV) silicone to seal the fuel lines. A friend of the pilot, who was also a mechanic, reported that he had observed the pilot about a year earlier using heavy applications of RTV silicone to seal parts during a condition inspection and that he had mentioned to the pilot that this was an improper practice. A bead of RTV silicone was found in the fuel line, and it is likely that it blocked the inlet of the transducer and starved the engine of fuel. Additionally, subsequent to the loss of engine power, the pilot failed to maintain sufficient airspeed while maneuvering to locate a suitable off-airport landing site and flew the airplane beyond its critical angle-of-attack, which resulted in a stall and loss of airplane control. “

The brief for the suit states that “Van’s Aircraft exploits an FAA loophole for ‘experimental’ planes – also known as ‘homebuilt’ or ‘amateur-built’ planes. The suit goes on to state that “the FAA doesn’t require the same rigorous testing for homebuilt airplanes as it does for professionally built planes.” Furthermore, the suit states that” Van’s recklessly sells its aircraft kits to ordinary consumers by ensuring them that even though those consumers are deemed the ‘builder’ of the aircraft, they do not need any experience or special knowledge to safely assemble the aircraft, but can safely assemble the aircraft by following Van’s detailed assembly plans and utilizing Van’s support.”

The Experimental – Amateur Built category has been part of the FAA’s regulatory structure since the 1950’s, and more than 30, 000 aircraft have been certified using the rules since that time. Van’s Aircraft sells a line of kits ranging from the single-seat RV-3 to the four-seat RV-10, and has records indicating that more than 9, 000 airplanes have been completed and flown from the kits they have sold.