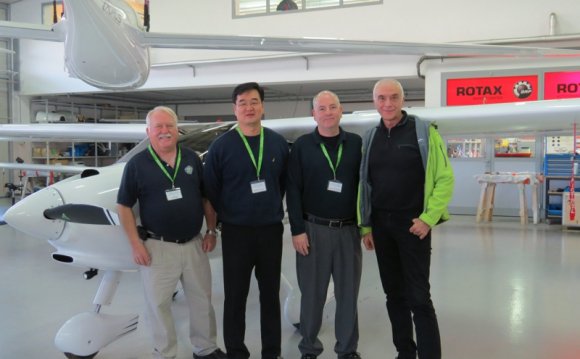 The Federal Aviation Administration (FAA) has issued its decision to grant ICON Aircraft’s petition for exemption to allow an increased takeoff weight for ICON’s A5 amphibious Light Sport Aircraft (LSA) up to a maximum of 1680 lbs. The exemption would accommodate, among other safety features, a Spin-Resistant Airframe (SRA) which enables the A5 to better avoid loss-ofcontrol scenarios due to stall/spins. The company announced in February of 2012 that the A5 had been successfully tested to and met the full FAA Part 23 standard for spin resistance. The FAA exemption will allow the A5 to become the first conventional production aircraft to meet this rigorous safety standard.

In its Grant of Exemption No. 10829 issued to ICON Aircraft Inc., the FAA stated, “The combined design features and SRA concepts incorporated into the ICON A5 design . . . are recognized by the FAA as significant safety enhancements . . .” The FAA went further to state: “The FAA determined that granting relief from the MTOW (Maximum Takeoff Weight) for LSA for this specific safety enhancement is in the public interest and is also consistent with the FAA’s goals of increasing safety for small planes.”

“We’re excited the FAA has recognized the importance of this accomplishment to the future of aviation safety, ” said ICON Aircraft Founder and CEO Kirk Hawkins. “For decades now, statistics have shown that loss of control due to stall/spin situations is the leading cause of pilot-related fatal accidents in General Aviation. ICON spent an extraordinary amount of time and resources going well beyond the call of duty to achieve this important safety milestone.”

The FAA’s decision enables ICON to continue with A5 manufacturing, currently scheduled for first production aircraft in spring 2014. The FAA’s published guidance allows up to 120 days to issue a decision on any exemption request; however, ICON’s exemption request was not approved until 14 months after it was filed in May of 2012. Faced with the delay, ICON was forced to move forward with an interim design weight that still guaranteed the safety benefits of a Spin-Resistant Airframe. As a result, the initial production A5 will have a max gross takeoff weight of 1510 lbs, an 80-pound increase over the standard 1430-pound amphibious LSA maximum. “We had to make some tough engineering decisions in order to keep the program moving forward given the FAA delay, ” said ICON VP of Engineering, Matthew Gionta. “But in the end, we got to a great place and are on the verge of delivering one of the safest, most user-friendly Light Sport Aircraft possible today.”

In a speech titled “A New Look at Certification” delivered October 11, 2012, FAA Administrator Michael Huerta mapped out the FAA’s vision for the future of aircraft certification where regulations encourage innovation by being less prescriptive and where complexity and performance are used as aircraft criteria
instead of weight and propulsion. “We applaud the FAA Administrator and his team for demonstrating truly outstanding thought leadership, ” said Hawkins. “This kind of progressive thinking unleashes innovation within aviation that will have a profoundly positive impact on increasing safety while simultaneously promoting a strong, growing industry for our economy.”

About ICON Aircraft:
ICON Aircraft is a consumer sport plane manufacturer founded in response to the sport flying category created by the Federal Aviation Administration (FAA) in 2004. ICON’s first plane is the A5, an amphibious sport aircraft that fuses outstanding aeronautical engineering with world-class product design. It has won some of the world’s most prestigious design awards and has inspired a global following. The company has received more than 1, 800 order deposits and delivered the first production aircraft in July 2015. ICON Aircraft’s facilities are in Vacaville, CA, 50 miles from San Francisco.

About FAA Light Sport Aircraft & Sport Pilot Classifications
In 2004, the Federal Aviation Administration (FAA) created a new classification of easy-to-fly and affordable two-person airplanes called Light Sport Aircraft. These airplanes enable a new classification of Sport Pilots to fly in lower-altitude, uncongested airspace, during the daytime, and in good weather. The Sport Pilot License focuses on the fundamentals of flying and requires a minimum of 20 hours of in-flight training, undercutting the time and cost of a traditional Private Pilot License by about 50%. The Experimental Aircraft Association (EAA) has described these new rules as “the biggest change in aviation in 50 years.”