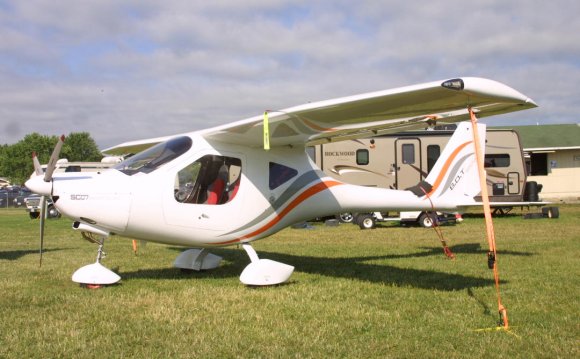 Today sees another huge piece of news from the company. The first Renegade Lil Rascal LS1 and LS2 aircraft will be made by the same company who brought the world's first fully aerobatic light sport to the market with their Lycoming AE-IO-233 powered, Renegade FK-12 Comet.

Renegade has elected NOT to further their partnership with the FK-12 European product favoring the superior and well proven Lil Rascal airframe instead. Citing difficulties with the European manufacturer and the U.S. distributor "the Comet just isn't what we want to be involved with, " says Doc Bailey.

"This is yet another bold move to bring a 100% America made Lycoming Powered aircraft to the LSA market" commented Philip Wyatt, Director of Marketing for Renegade.

We are so pleased to have had Steve Wolf deliver our prototype S2 last Saturday. Steve has been commissioned by Renegade to provide all the aerobatic instruction for each new Lil Rascal purchased.

We believe that there is no one on the planet with a deeper understanding of aerobatic training than Steve Wolf of Wing Over Aviation. We will be looking to immediately manufacture the Carbon LS1 airframe with our two seat LS2 soon to follow by Air venture Oshkosh 2013 right out of our new manufacturing facility at Ft. Pierce FL.

The Lil Rascal LSA will be revised into fabric over carbon fiber construction and will be powered by the Lycoming AE-IO-233 fuel injected, fully aerobatic, electronic ignition engine. The Lil Rascal will be capable of fully inverted flight and producing 124 horsepower in its well-known Renegade Lycoming LSA configuration. The LS1 will weigh in at or just below 650 pounds total empty weight.

This move adds another fantastic airplane to the Renegade, Lycoming powered Light Sport aircraft fleet. Renegade seems to be fully on track to make their plans of developing a full range of fantastic American Made Lycoming Powered Light Sport Aircraft. We know there is a need for a Light Sport call 314 322 5660 or visit them on the web at www.renegadelightsport.com