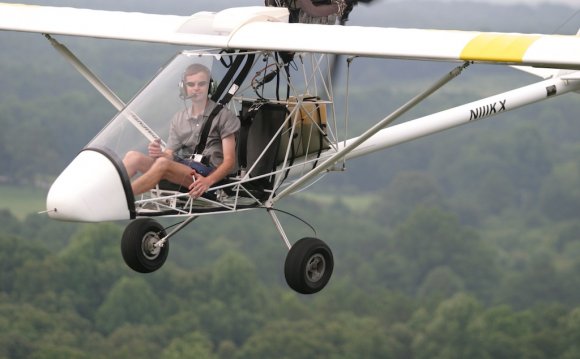 The Aerotrek™ A220 and A240 are factory-built two-seat aircraft manufactured by Aeropro CZ in Europe. Aeropro has been producing aircraft since 1990 with now over 450 aircraft now flying around the world. The Aerotrek A220-A240 are modern designs with excellent performance and features - built with the finest workmanship and materials resulting in a completed aircraft of the highest quality.

Don't let our great price fool you! The Aerotrek A220-A240 are factory-built aircraft that are manufactured efficiently in series-production by a fine company that has been producing light aircraft for over 20 years - well above the average for manufacturers in this industry. Then, Aerotrek provides the A220-A240 aircraft "distributor-direct" without the high mark-up involved in going through a dealer network. As a result of the best efforts of the factory and Aerotrek, the A220-A240 are priced "very reasonably" and not over-priced like so many S-LSA planes that are now on the U.S. market!
The Aerotrek A220-A240 are aircraft intended to work ideally under the new "Sport Pilot / Light Sport Aircraft" rules. With the Aerotrek A220-A240 aircraft having S-LSA approval, they can be flown by existing Private and Recreational pilots (who are not required to maintain an FAA Medical Certificate to fly aircraft in the LSA category), but also by people holding the new "Sport Pilot" license. For info about the "Sport Pilot / Light Sport Aircraft" rules, visit the EAA web site.