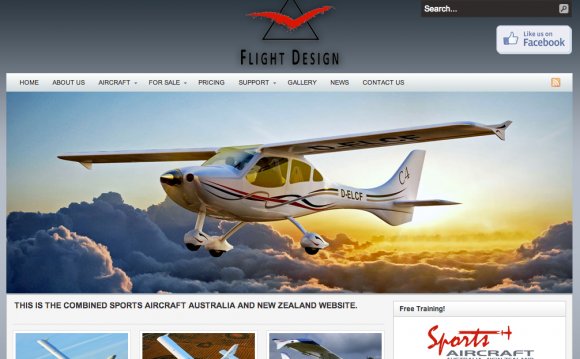 When modern ultralight aircraft first appeared in the late 1970s, it is fair to say that the Department was unsure how to deal with them. Some form of regulation was required and this took the form of CAO 95.10, first issued in November 1976. Incidentally, this was the first regulation in the world designed specifically to cover powered ultralight flying machines. Initially, ultralight aircraft were banished into the airspace below 500 ft AGL (mostly unused by 'serious' aircraft) and were also not permitted to fly within a certain distance of people, or to cross public roads. Nor were they required to be registered.

It was not until after the House of Representatives Standing Committee on Transport Safety issued a report on Sports Aviation Safety in 1987 (known as the 'HORSCOTS Report') that the regulations covering ultralights, by then also embracing commercially-built two-seaters under CAO 95.25, were amended to require the registration of ultralight aircraft with the Australian Ultralight Federation (AUF) by the end of 1988.

The form of registration adopted was a two digit prefix relating to the CAO under which the aircraft was registered (i.e. '10' or '25') followed by a dash and a four digit individual number: e.g. 10-1234. In terms of marking the aircraft, CAO 95.10 aircraft could dispense with the '10' prefix and all aircraft could dispense with any leading zeroes in the individual number: e.g. 25-0001 could be marked as 25-1. As for mainstream aircraft, registration marks were required to be carried on the fuselage or fin, and under the port wing.

The AUF (from April 2004 Recreational Aviation Australia - RAAus) simply extended its existing registration system for these new categories of aircraft, starting again with individual numbers and using the relevant prefix.

The HGFA, which also gained the power to register CAO 95.10 trikes, created a similar registration system with a four-digit individual number but a prefix of 'T1' for CAO 95.10 aircraft and 'T2' for CAO 95.32 aircraft.

Since that time, additional categories of 'ultralight' aircraft have been created, with registrations in the new categories following the established pattern. The first of these new categories was for aircraft meeting the airworthiness standards of CAO 101.28, the mainstream 'amateur built' aircraft airworthiness standard, and registered under CAO 95.55. These aircraft types were formerly all registered on the Australian Register, but under the new rules aircraft in this category that met the ultralight parameters could be registered as ultralights (28-series).

The 24-series is for factory-built aircraft registered under CAO 95.55 and has replaced the 25- and 55-series, which are closed to new designs. In this category are also a few lightweight 'general aviation' aircraft that have transferred from the Australian Register to the RAAus register. These aircraft can be used commercially for flying training. The 19-series...