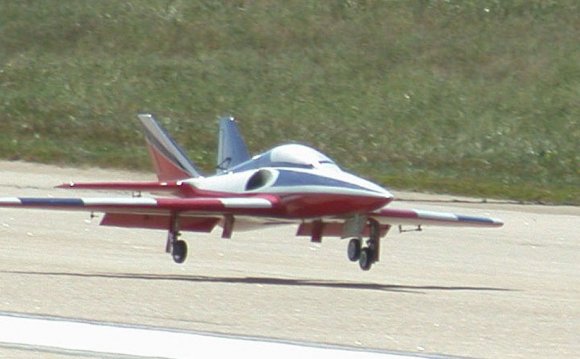 Narrative:
The Sport-Jet, a proof-of-concept very light jet was prepared for a local flight from Colorado Springs, CO (COS). The airplane departed runway 17R (11, 022 feet by 150 feet, asphalt), became airborne only momentarily, and then impacted the runway and surrounding terrain. Several witnesses reported that approximately 15 feet above ground level, the airplane rolled hard to the left and began to "cartwheel" down the runway. The airplane came to rest off the left side of the runway, between the Charlie 1 and Charlie 2 intersections (3, 400 feet from the runway threshold).
An examination of the airplane's systems revealed no anomalies. Approximately 1.5 minutes before the airplane was cleared for takeoff, a De Havilland DHC-8 turboprop airplane departed. A wake turbulence study conducted by an NTSB aircraft performance engineer concluded that even slight movement in the atmosphere would have caused the circulation of the vortices near the accident site to decay to zero within two minutes, that is, before the time accident jet would have encountered the wake from the DHC-8.

PROBABLE CAUSE: "A loss of control for an undetermined reason during takeoff-initial climb that resulted in an in-flight collision with terrain."