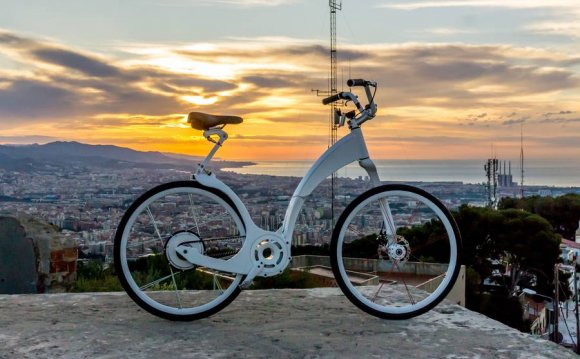 A recent IDTechEx report says that Newcastle University in the UK was chosen by Boeing to develop an ultra-lightweight electric motor for an upper atmosphere electric aircraft.

These spidery fixed-wing aircraft can have the wingspan of a jumbo jet but the weight of a small car. Such 'atmospheric satellites' are being designed to take 10, 000 lb payloads into 'atmospheric orbit' at 65, 000 ft. Called Solar Eagle, this craft will eventually stay aloft for over five years on nothing but solar power.

The US DOD's funding organization DARPA gave Boeing an $89 million contract to develop its demonstrator vehicle which was to make its first flight in 2014 but flight trials were abandoned.

Another DARPA program, the long-endurance (HALE) platform, would have been capable of flying missions lasting between three months to five years. According to DARPA's original plan, this drone's 400-foot span wings would carry solar panel arrays that will be able to sustain the drone aloft in the stratosphere for at least five years. Key suppliers for that program include Versa Power Systems and QinetiQ of the UK. This solar-electric-powered aircraft was designed to cruise at altitudes above 60, 000 feet at a speed of 70 to 80 knots while performing communications, intelligence, surveillance and reconnaissance missions. During the day, the solar power generation is used to power the aircraft and excess solar power generation is converted to hydrogen by the fuel cells as they operate in electrolysis mode. At night, the fuel cells run in fuel cell mode, converting the stored hydrogen to power. Solid Oxide Fuel Cell (SOFC) based energy storage systems have the potential to provide unprecedented round trip energy efficiency as the storage application of the technology is further developed.

It is also in the UK that Facebook has been testing similar aircraft entirely powered by photovoltaics with battery, in this case with the intention of getting the Internet to the two thirds of the global population currently denied it. Google also has that ambition.

All this has much in common with work by Siemens on motors for manned electric aircraft both pure electric and hybrid, power to weight ratio and simplifying or eliminating transmission being key objectives. Siemens researchers have developed a new type of 50 kg electric motor for aircraft that delivers a 260 kW continuous - five times more than comparable drive systems. Thanks to its record-setting power-to-weight ratio, larger aircraft with take-off weights of up to two tons will now be able to use electric drives for the first time, says Siemens, one of the world's biggest suppliers of traction motors for electric land, water and air vehicles.

To implement the world-record breaking motor, Siemens' experts scrutinized all the components of previous motors and optimized them up to their technical limits. New simulation techniques and sophisticated lightweight construction enabled the drive system to achieve a unique weight-to-performance ratio of 5 kW/ kg. Electric motors of comparable strength used in industrial applications deliver less than one kW/ kg. The performance of the drive systems used in electric vehicles is about 2 kW/ kg. Elegantly, the new motor delivers its outstanding performance at only 2, 500 revolutions per minute so it can drive propellers directly, without transmission.

"This innovation will make it possible to build series hybrid-electric aircraft with four or more seats, " said Frank Anton, Head of eAircraft at Siemens Corporate Technology, the company's central research unit. The motor will begin flight-testing before the end of 2015. In the next step, the Siemens researchers will boost output further.

"We're convinced that the use of hybrid-electric drives in regional airliners with 50 to 100 passengers is a real medium-term possibility, " said Anton.

In 2013, Siemens, Airbus and Diamond Aircraft successfully flight-tested a series hybrid-electric drive in a DA36 E-Star 2 motor glider for the first time. The test aircraft had a power output of 60 kW.

Kolb FireFly - 12 Ultralight Aircraft that give the ...