Small Planes for sale by owner 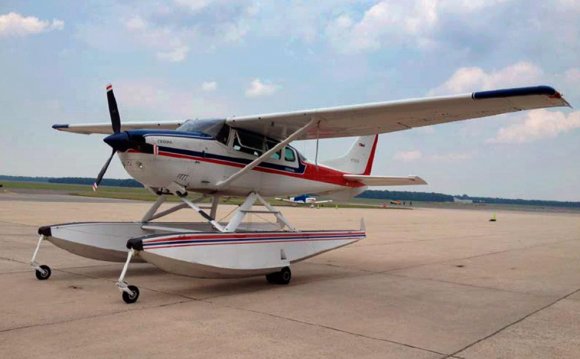 HAMILTON STANDARD PROPELLERS FOR SALE
Note: We do not buy propellers for investment or speculation. These are propellers we have bought for our own planes for use at the Museum of Flight in Seattle. As we have sold off our Travel Airs, one Cabin Waco and one Stearman, we are able to release extra propellers that we had purchased over the years and had overhauled for ourselves. What you see them listed at for sale is exactly what we have in them including original procurement cost plus the overhaul at either AC Propeller in Seattle or Northwest Propeller in Puyallup. A few of them were previously overhauled in which case they were "inspected" for us before purchase by NW Propeller.

Olde Thyme Aviation, Inc has been flying scenic biplane rides in delicious restored vintage aircraft for a full fifteen years now. While we certainly don't anticipate closing up the business in the near term, it is becoming clear that we are aging and someday will want to be "winding down" a bit.

After we use a plane for a lengthy period of time, we have it totally restored to our personal expectations. However, prior to putting a plane back into service for rides, we offer it for sale to see if we can find an interested buyer. So, as you read below, you will find totally restored planes that have not been flown at all in the ride operation; fully restored planes that are currently in service, planes that are close to being taken out of service for restoration and planes that are in the restoration process in case anyone wants to "step in" at a crucial point where they can control the final finish (i.e. colors, etc.). Each plane has a unique story and set of circumstances. I attempt to explain how each plane was selected when we purchased it originally, whether it was for its specific history or the quality of workmanship at the time we bought it.

We always shop for planes based on the quality of the wood work, fabric and AIRFRAME. We do not shop for a plane based on its power plant as we assume automatically that whatever engine is on it, regardless of how it is represented, we will not fly it. For example, when we purchased the 1940 Waco UPF-7, we flew it to Salinas and pulled off the Continental Engine and replaced it with a newly rebuilt from Gold Coast Aviation simply because we have a personal knowledge of the workmanship, reputation and dependability that we can trust. The engine that we "scrapped" only had 45 hours on it, but we didn't have personal knowledge of how it was built! We never fly an airplane with the power plant that it is represented with unless we have had it built to our own specs or had it taken apart by our own AI

This is one of my three very special planes that are not normally used at the Museum on a regular basis but only brought out for special events. There were only 5 UKC-S airplanes built. We know of only 1 other in airworthy flying condition today. This is a low time 1350 hour TTAF airplane and only 130 hours since total restoration. Then we took our preference for the incredible W-670-23 engine (constant speed) and worked with the FAA designated engineers to STC the 240 hp engine on this airplane totally by the book. It is very fast and cruises nearly 10% faster than our 275 hp Jacobs powered YKS-6.

The engine only has about 75 hours on it. I have it set up with a 2B20-9 polished propeller as I generally 3 point the airplane. Beautifully upholstered in a dark brown interior with all necessary avionics including a CD system and 4 place intercom, transponder, etc. I finished this one out for my own special enjoyment and care. Have flown the plane from Colorado Springs to Seattle in a single day with only two fuels stops. This is a very special plane and deserves an owner who really wants something unique. General Robin Olds got a big kick out flying this airplane when I was at Bartlesville.

On June of 2010, while making a landing on an asphalt runway (Boeing Field) in a particularly strong crosswind (gusting to 17 at 90 degrees), I side loaded the landing gear more than 1934-35 engineers had designed for and broke the left landing gear strut. This resulted in 3 broken outboard ribs on the lower left wing and a prop strike. The plane was repaired with completely new wing spars in addition to the new ribs as I had always wanted to reinforce the wing walk area with "boxing" across the underside as well; so I figured we'd replace the spars at the same time. Propeller was replaced-not repaired. Engine was disassembled as is required and reassembled with new crank case and crankshaft since the engine had a mandatory teardown inspection required anyway. But the single most outstanding change we made was to upgrade the landing gear from the 2 " original 34/35 landing gear struts to the Waco 1936 Heavy Duty landing gear struts which are 3" in diameter. This was the big transition that Waco did to the planes in '36 which caused the planes to gain acceptance by the freight haulers in Alaska and Canada. The heavy duty landing gears are known as -6 landing gears and upgraded the gross weight capacity of the plane by an additional 400 lbs. The "travel" on the heavy duty landing gear is 6" more than the originals from 1934/35. We have found this to be an outstanding upgrade. Additional costs to upgrade to the Heavy Duty landing gear beyond that which was replaced as described above was $ 40, 000. including parts and labor. By going from a "fabric" cover from the landing gear to the rear landing gear struts to a "landing gear fairing, " we also gained a 10% cruise speed improvement. Found all the improvements to be highly desirable and have been very pleased with the upgraded configurations. (KH)

RV7A for sale, owner talking about his plane for sale.

Small Business for sale by owner