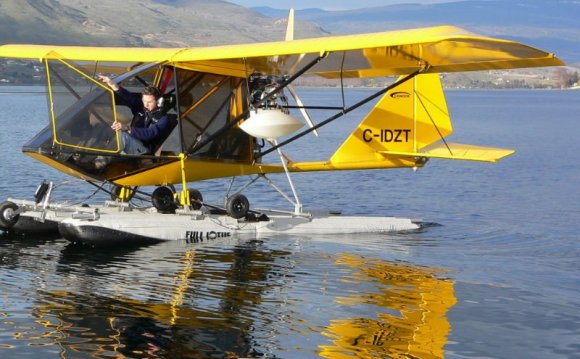 Congress has taken notice of the cross-border ultralight flights in areas from Arizona to California and Texas. Last month, the Senate unanimously passed legislation to toughen penalties for those who use ultralights to smuggle drugs, a concept Rep. Gabrielle Giffords (D) of Arizona had pushed before she was wounded in a mass shooting last January in Tucson. The House now will consider the legislation.

Because the Federal Aviation Admin­is­tra­­tion does not categorize ultralights, the aircraft do not fall under existing aviation smuggling laws. A new law would establish the same penalties for trafficking whether by plane, car, or ultralight – up to 20 years in prison and a $250, 000 fine.

The aircraft are hard to spot because radars "typically do not provide coverage down to ground level in remote areas, " says Ian Gregor, an agency spokesman.

For pilots of the aircraft, the goal is to remain elusive for as long as it takes to deliver the goods and return home, sometimes in just a matter of minutes. If all goes well, ground crews pick up the drugs before authorities take note.

The ultralights usually take off from a clandestine location in Mexico, their wings often spray-painted black and their pilots clad in dark clothing as they glide across the international boundary toward a desert patch, an agricultural field, or even a backyard.

Although some wear night vision goggles and carry a small global positioning system, most pilots rely solely on the light of the moon to guide them.

The hum of a slow-moving ultralight reminds Agent Kelly of a lawn mower. "You can hear it whining as it gets closer and closer to you, " he says.

After dropping to as low as 200 feet to release the marijuana bundles, which are tightly wrapped in cellophane and duct tape to keep them from bursting on impact, the pilot quickly heads back to Mexico.

It's easy for the pilots to evade capture, even when border agents can detect the aircraft.

"We can't shoot them down, " Kelly says. The ultralights don't pose an imminent threat. And reaching a drop-off site before the ground crew absconds with the drugs is challenging.