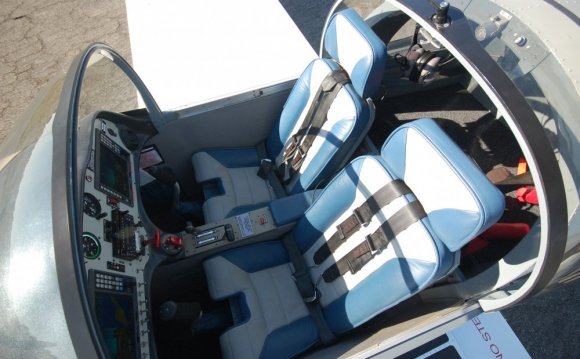 The following is an unusual post because I don't normally comment negatively about competitors. Competition is good for any industry, forcing us to be innovative and efficient, and there is a place and market for many different airplane designs (and the companies that manufacture them): The current issue of Kitplanes magazine (December 2011) contains the annual Buyer's Guide with 316 different kit aircraft listed (from nearly as many manufacturers)!

The letter that follows is from a CH 650 builder and is in direct response to a Sonex marketing brochure found on the company's website under "Competitive Comparisons, " so I think we can all agree that it's fair game to share this response.

Here's the Sonex brochure. Click image for a larger view. Note that the highlighted (yellow) and hand-written text is part of the original document: .

Now here's the response letter. It's a little bit long but does a good job of covering the main issues:

Back when I was shopping for a kit, I compared similar LSA class airplanes, much like Sonex summarizes in its sales brochure called “Competitive Comparisons” (below). Looking back on this comparison after-the-fact reinforces the excellent decision I made in purchasing my Zenith kit. Like a lot of sales pitches, many of the important points are not even addressed in the Sonex brochure.

The RV-12, Zenith CH650 and Rans S-19 have similar performance because they were designed for the LSA category and have similar weights (1, 320 LSA limit) and wing areas (around 130 sq.ft.). With its lower weight and much smaller wing, evidently the Sonex was not (it was designed before Sport Pilot?) and has less load carrying ability.

It’s interesting that Sonex promotes speed (150 - 170 mph TAS true airspeed at altitude) and low-cost cross-country capability, but no Sonex owners I’ve met take their planes anywhere - these planes don’t seem to be used for cross-country at all (because of the engine and cabin size?). According to the Sonex website, they don’t evern fly their planes to attend airshows (apart from AirVenture which is at their home airport)...

I was always told never to buy an airplane without first flying it. Well, Sonex doesn’t offer any demo flights because of “liability and prototype licensing reasons”?!? I’m not aware of any manufacturer with these problems (or excuses) and wonder how builders can get insurance in something they’ve never been able to fly... Oh, well, I probably wouldn’t fit in anyway. I’m about average size (at just under 6 feet and slightly over 200 pounds) and doubt two of us would fit comfortably. (By contrast, when I first visited Zenith last year I was offered a demo flight without even asking for one and I’ve been hooked ever since!) The Sonex website invites you to read flight reports instead of a demo flight... seriously? The website also advises to find a local owner for a flight demo: When I tried that I couldn’t find anyone willing to take me up... due to my “large” size!

Of course, the main topic missing in this Sonex comparison chart is the actual kit, and that‘s where Sonex lags way behind the RV, Zenith and Rans products. With its kit Sonex has not kept up with the other three manufacturers which use precision CNC cutting and drilling and match hole technology (which is truly awesome for the builder!) The Sonex folks have not invested in a technology that benefits builders tremendously (instead Sonex seems to “invest” in projects like putting a small jet on their plane - a PR stunt in my opinion...) Talking to actual builders I heard an earful about Sonex factory support, especially lack of available tech support and weird hours (the support phone line is only open a few hours per day while the sales phone line is always open?). Sonex builders are largely on their own (mainly getting needed assistance from each other). In contrast, you guys at Zenith have been great (and patient) with my newbie questions, and I also have easy access to your test pilot and aeronautical engineer! How cool is that?

While Sonex keeps emphasizing the low price of their design my calculations show different:
The basic Sonex kit sells for $14, 500 but that’s without the finished wing spars (which I definitely want the factory to finish), needed hardware (rivets, AN nuts and bolts, etc. that the other kits include), tricycle gear (sold as an option?). Add all these “options” in (that are standard with the competition) and the price is over $20, 000 for the Sonex airframe kit! IMHO, the Sonex ends up costing no less than my Zenith and the quality and level of completion of the kit and support is poor compared to Rans, Zenith or RV. My CH 650 kit (airframe and finishing kit plus a couple options) cost me just under $20, 000 and the quality of the parts and assembly manuals is excellent, especially for the price.

Engine: The standard engine for the Sonex is the AeroVee - a “VW Beetle” based auto conversion rated at 80 hp (at a high 3400 rpm) that is sold as a Conversion Kit and needs to be assembled. With the recommended options the price for the VW engine kit is about $8, 500 - plus assembly! For my CH 650, I’m planning to install a Continental O-200 (100-hp at 2750 rpm). I bought a mid-time used O-200-A model for less than the AeroVee engine kit and am in the process of upgrading it with a lightweight starter and alternator. If I have money available I may look at installing a new light-weight aircraft engine like the UL Power, Jabiru or maybe even the Rotax - I like the fact I can sell the used Continental probably for more money than I have in it, and Zenith is the only manufacturer of the group that supports this popular engine (I learned to fly in a C150 with an O-200 in the early 80's and my airport mechanic still recommends it). Because Sonex and AeroVee are one and the same, it looks like they’ve built an airplane for the VW engine and they have little interest in supporting other light aircraft engines such as the O-200, Rotax or even the new UL Power engine. They do support the Jabiru engines (but I hear many stories about them over-heating).

The low Sonex price estimates include $2000 for the instrument panel, including a handheld radio! Obviously these guys don’t take their planes anywhere. I plan to use a Dynon glass panel display and Garmin radio, and should be in the air for less than the $42, 814 that the Sonex ad estimates (I figure I’ll have about $30k in my CH 650 project with the O200 engine installed, but I'll need to add instruments, seats and paint). Cost is one of the reasons I’m building the Zenith and not a Rans or RV, but I also love the look of the new CH650 and the support for the Continental motor.

Additional points: I don’t like having the fuel stored in the fuselage, nor the small size on the Sonex tank (the RV-12 has the gas in the fuselage also) and I like your welded aluminum fuel tanks (in the wings). Forty pounds is OK for most outings, but where do you put it in the Sonex? (I just love the wing baggage lockers on the CH 650 - that just makes a lot of sense and will keep my wife happy on cross-country trips).