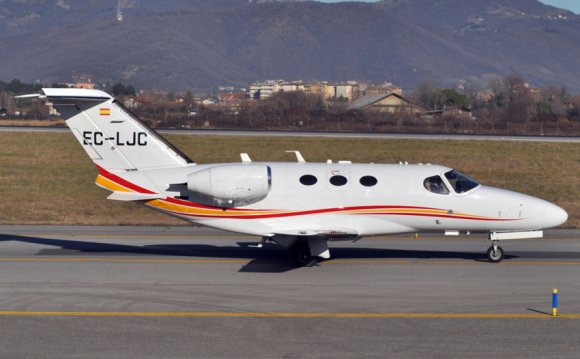 We are a specialist supplier of ex military fast jet aircraft for static display, museum and Gate Guardian use. Our aircraft provide a real Wow factor; give you the opportunity to own a serious piece of Aviation History can also be used as the ultimate business promotional tool. Speaking from our experience nothing quite puts your company on the map like parking a fighter jet out by the front gate!

Ex Royal Air Force PANAVIA Tornado F2A ZD902 ADV for sale. The only F2A variant Tornado aircraft in existence. This is a rare ”T-Bird” Twin Stick variant of the Tornado with full flying controls in both the front and rear cockpits. Airframe hours are a ridiculously low 935 hrs. Fitted with RB199 Mk103 afterburning turbofan engines, this former Royal Aircraft Establishment Trial Aircraft was used for Sea Harrier FA2 radar trials and for avionics research and evaluation. The cockpit is one of a kind modified with MFD screens and a prototype holographic Head Up Display.

This Air Defence Variant, known as TIARA (Tornado Integrated Avionics Research Aircraft) was built in 1984 and was last flown in November 2011. She comes complete with MOD F700 as well as a detailed print out log of all the flights ever flown including landing, take-off, rollers and arrested landings she ever performed.

This is a once in a lifetime opportunity. The aircraft was fully assembled on 7th December 2015 prior to us dismantling and extracting for road haulage. The photos showing the assembled aircraft were taken that day prior to disasembly. Aircraft was fully fueled with a defuel conducted on 3rd November 2015 when external power was last applied. All fuel pumps were run during the defuel process. Internal battery electrical power was last applied on 7th Dec 2015 as part of the dismantling process and cockpit lighting systems tested at this time. The aircraft is now in storage in a heated hangar as per the photo below. The aircraft was hydraulically sound prior to being dismantled with accumulators charged. This should give an idea of how intact and complete this aircraft is, truly an incredibly rare opportunity to own one of our most exciting aircraft to date!

We are now accepting offers. Please contact us for further details and for full technical specification.

NEW: Ex Royal Air Force PANAVIA Tornado GR1 ZA355. Just completed from a year long rebuild and restoration. A rare opportunity to get your hands on a early Spec IDS Tornado aircraft ready to display! Ideal for use as a Gate Guard, Static display aircraft, business promotional tool or Museum piece. This aircraft was one of the last GR1s in operational service and is finished as she last flew in all over grey looking very similar to a current spec GR4. First flown on, this aircraft served the first part of her operational life on TTTE (Tri Tornado Training Establishment) with tail code B55 before being allocated to 15 Squadron at RAF Lossiemouth. Last flown, this aircraft was retired to a ground instructional role where she served as the RAF Lossiemouth weapons load trainer as a ground instructional airframe for: 14 Sqn, 15 Sqn, 12 Sqn and 617 Sqn. This involved being kept in a nice cosy heated hardened aircraft shelter with regular maintenance which preserved the aircraft incredibly well. We have retained the original TAA tail code and XV squadron markings on the fin. One very clean and tidy, stunning looking Tornado.

The canopy opens and closes hydraulically. The cockpit interior is very complete with only a few deficiencies. 2X martin Baker MK10A ejection seats are installed as well as Head Up Display, Stick, throttle etc. Please contact us for further details and for full technical specification.

One very Complete Harrier GR3 Jump Jet with engine installed and cockpit in superb order. This aircraft has the MOD F700 log book. An Ex RAF Germany aircraft with 4 Sqn special markings applied to the tail fin. This aircraft is currently under rebuild and restoration at Jet Art having just arrived in stock. Pictured above in 2004 at RAF Cosford. XZ130 had a fairly interesting service life: First flown in 1976 she was delivered to 20 Sqn. Later serving with 4 Sqn, 1 sqn, 3 Sqn, 233 OCU, 1453 Flight in the Falkland’s in 1982 finally finishing her days at an instructional aircraft at RAF Cosford. The nose is still marked up with the pilots name ”Capt L Y Ching” a Ex USMC exchange pilot. The aircraft was last flown on: 31/8/90. Total aircraft hrs are: 3336. Contact us for further details.