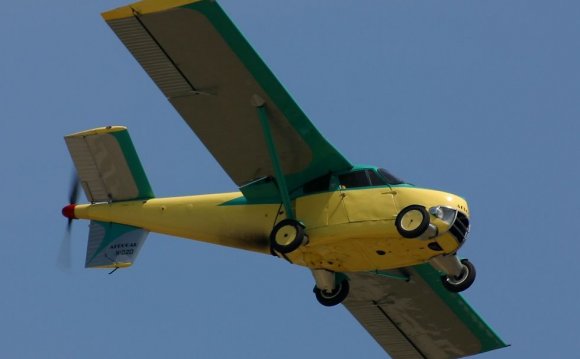 Affordable classics might seem an oxymoron, a contradiction in terms, but in fact, there are more of them available than you might imagine. Before we could home in on the top 10, however, we had to define exactly what we meant by “affordable” and “classic.”

We decided an affordable airplane was one with minimum maintenance that wouldn’t cost more than $30, 000 to buy. That’s about what a person might spend for a sports car or boat, but not usually enough to break the family budget. While some purists might insist a classic airplane needs to fly in front of a tailwheel or behind a round engine, we chose the simpler definition that it merely be at least 40 years old.

Thus defined, the following are our nominations for the 10 most affordable classics in general aviation.

The Swift practically defines classic in that it was designed to look as much like a WWII fighter as possible. By the standards of the late ’40s, the retractable Globe was arguably the best-looking of the postwar two-seaters. With a typical Continental for power, the Swift wasn’t all that fast, probably a realistic 110 knots, and climb was little better than 600 fpm on a good day, but the airplane had quick ailerons, rapid pitch response and generally excellent handling. Never mind that it also was a squirrely taildragger to land, especially in any significant crosswind. Swifts represent the definitive classic postwar sportplane.

Despite their pudgy appearance and antiquated design, Stinsons of all varieties have always possessed a certain synergistic attraction. In the late ’40s, they were the most popular four-seaters in the sky, the Skyhawks of their era. Eddie Stinson produced some 5, 300 of the type before selling the design to Piper, which built only a few before shutting down the line. (It did produce the Twin Stinson, however, as the Apache.) Stinsons boasted a good payload, along with 105-knot cruise and 850-fpm climb flying at a max gross of 2, 400 pounds. Combine that with reasonable short-field performance and the Stinson 108 represents a definite best buy among classic singles.

As the immediate predecessor to the Skyhawk, the 170 was one of the gentlest tailwheel designs. A 2+2 rather than a full four-seater, the 170 was a popular family airplane in the late ’40s/early ’50s and helped Cessna wrest away top single sales honors from Piper. Cruise was typically only about 100 knots with the stock 145-hp Continental under the bonnet and climb rarely exceeded 650 fpm, but the airplane’s docile handling, simple maintenance and generally inexpensive operating cost ensured it a place in GA history.

A supposedly unstallable airplane designed by Fred Weick (later to work for Piper on the Cherokee), the Ercoupe represents the ultimate simple approach. There are no rudder pedals (though there are rudders interconnected to the ailerons), the gear and prop are fixed, and there aren’t even any cabin doors. The airplane was actually designed to operate as much like a car as possible. Contrary to the advice of so many instructors, you do steer an Ercoupe on the ground with the yoke and the brake is a single foot pedal. The first 85-hp models offered cruise slightly under 100 knots and climb at only 500 fpm, but stall was virtually nonexistent, a gentle mush toward the ground, making the Ercoupe one of the safest singles.

Guiseppe Bellanca designed some outstanding airplanes and the Cruisemaster was one of the best. A boxy, compact, wood-and-fabric family cruiser, the first Cruisemaster used a Lycoming O-435 for power and the result was a 157-knot cruise, not bad for only 190 hp. (Later versions installed the Cessna 182’s 230-hp Continental O-470.) Unlike the earlier Cruisair that used a manual, bicycle-chain gear system, the Cruisemaster employed hydraulics for retraction. The wood wing was an aerodynamic marvel, imparting a stall speed of only 38 knots, providing the Cruisemaster with one of the best ratios of stall to cruise in the industry.