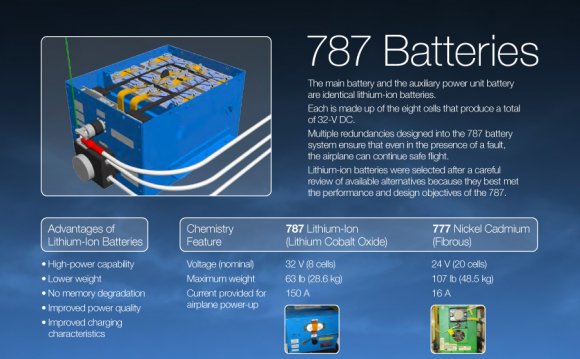 The International Civil Aviation Organization has placed a ban on the cargo shipment of lithium-ion batteries on passenger aircraft, following concerns from pilots that they constitute a fire risk.

The UN agency ruling will go into effect on April 1st. The ban is said to be mandatory for the 36 member states of the International Civil Aviation Organization according to Reuters, and it’s expected that others will also follow suit. Many airlines had already stopped accepting cargo loads of batteries on passenger aircraft.

The ban—which was recommended by a UN panel last month—is temporary. It will be reviewed when new safety packaging that guards against li-on batteries bursting open and into flames is made available. Li-on battery shipments will still be allowed in regular cargo airplanes.

You’ll also be pleased to hear that it doesn’t apply to the batteries you carry in your luggage. That’s because the real concern is the close packing of cells, that can cause a chain reaction if a single battery suffers form thermal runaway.