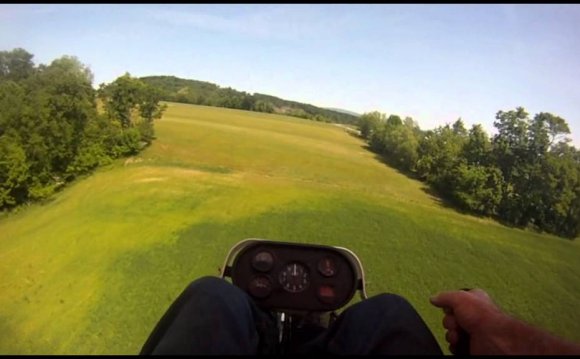 All About Ultralight Helicopters

Many have said that ultralight helicopters are the ultimate form of ultralight flight. Fast, nimble, and able to go almost anywhere, lightweight helicopters are also a more economical way to get into flying helis. Plans can be bought very cheaply on the internet. Kits are available for purchase, but typically cost more than building one from scratch from plans.

What is ultralight aviation?

Ultralight aviation simply put means you can fly these airplanes helicopters and gliders without a license! (though proper training is always strongly advised…)

Ultralight aviation in the United States is different then other countries “microlight” regulations. The regulations for ultralight are defined in the FAR 103 Ultralight Vehicles publication by the FAA. This defines a powered ultralight as a single seat aircraft that weighs less than 254 pounds.
These vehicles can not carry more than 5 gallons of fuel and are limited to a top speed of 64 miles per hour (55 knots).
Ultralights are also prohibited from flying over populated areas, and can only operate during daylight hours.
Unpowered ultralight aircraft such as hang gliders, paragliders, and fixed wing gliders are limited to a weight of 155 lbs. Extra weight is allowed in both powered and unpowered aicraft for amphibious landing gear (floats).

In 2004 the FAA introduced a new category of airplanes called “Light-sport aircraft.” (this more closely resembles various other countries microlight categories.)
Light sport aircraft require a license to fly called a “Sport Pilot Certificate.” This is much easier to obtain than the regular pilots license. The time requirement for hours flown is cut in half, and no medical certificate is needed (just a valid drivers license).

What is the best way to start?

Watch another youtube video on flying a ultralight helicopter.