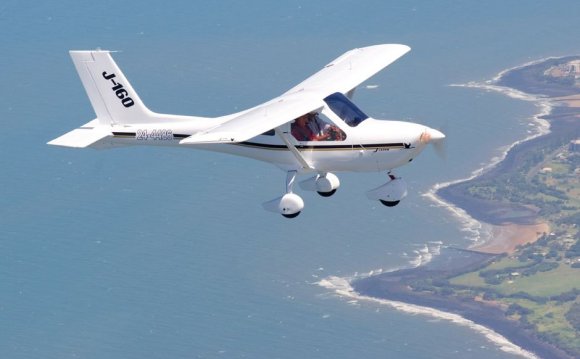 – An Aircraft with more than two seats

– In Conditions with are not Visual Meteorological Conditions (i.e.: under Instrument Flying Rules)

The minimum training requirements for a Private Pilots License are:

40 hours total time before you can sit your PPL Flight Test.

You will need to pass a number of exams and a flight test.

These aircraft are limited to 2 seats, a maximum take off weight of 600 KG and a stall speed of less than 45 knots.

Recreational aircraft can range from open cockpit ultralights to modern composite single engine aircraft with cruise speeds up to 250km/h.

The main benefits of Recreational Aviation is that the costs are lower and there is lower amount of minimum instruction time in comparison to General Aviation.

To give you an idea the average cost of flight lessons in RA is between $ 150-$ 250 per hour depending on the location and school and between $250 and $400 per hour for training in single engine piston General Aviation aircraft.

To Fly recreation aircraft you will need to be a member of Recreational Aviation Australia which costs $220 a year.

The minimum training requirements are:

Costs per hour for training can be between $150 – $250 per hour of instruction for single engine aircraft.

These aircraft are weight shift meaning you use hands to move a bar which is connected to a single control surface.

The training requirements are the same as Recreational Aviation. Training costs are roughly the same a RA aircraft.

First Solo in a recreational aircraft

Canterbury Recreational Aircraft Club has a New Hanger at ...

The ultimate recreational aircraft – as an easy electric.