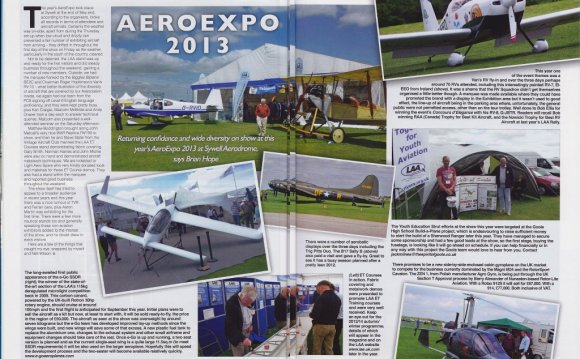 Recently I was having a discussion with a pair of aviation magazine owners and editors. We were talking about how many female pilots have been featured on their magazine’s cover over the years. We reasoned that since the female pilot population is 6-7% of the overall pilot population, that 6-7% of aviation magazine covers should be of women pilots. Yet they certainly weren’t, so we talked about why it seems to be so hard to get girls and young women interested in aviation.

Last year at Oshkosh, I presented a seminar for Build-a-Plane Teacher’s Day on the differences in male and female brains, and how those differences could influence the way students learn about aviation. I thought it might be interesting to touch on some of the highlights of that seminar and perhaps illuminate what I see as some of the challenges of getting females involved in flying.

I will start off by saying that I am not a brain researcher, and this is a basic review of the current science, and is by no means exhaustive. Yet as a practicing psychotherapist for 25 years, I think that I do have some insight in this subject. You should also know that there are exceptions to the facts and we can train our brain to do less than innate activities

Here is the short story: I versus We: Competence versus Connection. The male brain is organized and focused more on him as an individual, striving for mastery. The female brain is wired for communication, connection and cooperation.

Men have slightly larger brains even when adjusted for their larger heads. They have larger parietal cortices (in charge of space perception), and amygdalas (which regulates sexual and social behavior). This might explain why visual-spatial tasks are easier for men. They tend to be able visually manipulate things in their brain, whereas women tend to need to see spaces and shapes on paper.

Men also have more gray matter in their brains, which is full of active neurons. This might explain why there are more men in physically or mentally active professions like airplane pilots, bush guides, racecar drivers, and mathematicians. Men also tend to be more systematic in their thinking.

Women’s brains are 8-10% smaller than the male brain, yet on average, are much more active. Women have larger volume in both the frontal cortex (the inner CEO) and the limbic cortex (involved in emotional responses). This, in conjunction with speedy connections facilitated by the white matter, is another reason why women’s brains work faster. Renowned brain researcher, Dr. Daniel Amen’s research shows that women have greater activity in the brain’s hippocampus. If you wonder why your wife or girlfriend never forgets anything, here’s your answer: The hippocampus is the part of the brain that helps store memories.

In addition, the female brain has a larger corpus callosum, which is a bundle of nerves that connects emotion and cognition. As a result, women are better with language abilities and rely more heavily on oral or verbal communication. They also tend to have a better time controlling emotions, although they are more emotional. Women, on average use four words to every one word a man uses. The female brain secretes more serotonin and oxytocin, which connects them further to the emotional world.

These differences relate to aviation because when we know what lights up the brain for each gender we can tailor our sales pitch to the crowd. In sum, boys or men will be excited about the individual mastery, competition, or competence in aviation. Girls or women will be excited to be part of a collaborative group of women pilots. Boys or men might be better with conceptualizing basic principles of flight. Girls or women would learn better by hands-on demonstration.

When I display at airport events with the Mooney Ambassador group, we get lots of kids and grown ups in the airplane. I never fail to say to the girls, “have you thought about becoming a pilot? I am and I love it. We need more girl pilots.” You should see their eyes (brain) light up.