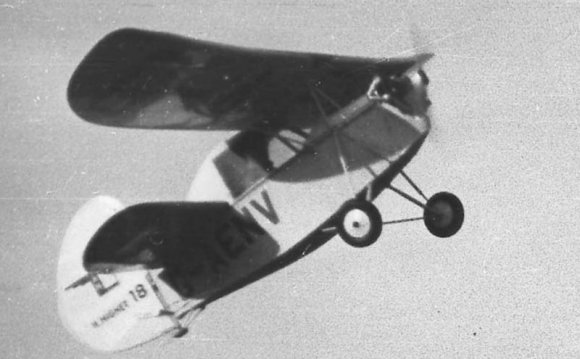 Flynano takes off and lands on water and flies up to 43 miles at 76 mph. It's built of carbon fiber composite, making its surprising 154-pound weight light enough for it to be flown without a pilot's license. According to Flynano:

"If you’ve ever had a pilot’s license, or had experience with ultras or micros, you’ll fly Nano right out of the box. The rest of you will need to learn the simple rules of the air. Minimum red tape – maximum fun."

Soukas and his company say they're officially launching the aircraft at the Aero 2011 show in Friedrichshafen, Germany, which started on April 13 and goes through April 16. They say the plane is "in the air now." And according to GizMag, these tiny floating airplanes will be available in July of this year, and the most-expensive model will cost $39, 000.

The aircraft industry is rife with exaggerated claims and missed ship dates, so we asked Soukas to send us pictures or video of this plane flying at the Aero 2011 show. We found one pic of the aircraft sitting still at the show, but it's not clear whether it's a full-sized prototype or whether it will fly.

We haven't gotten a response from Soukas yet, so meanwhile, take a look at this gallery of fanciful artist renderings of this tiny plane, and that single shot of the aircraft itself.

How to make cheap and light wheels for RC aircraft - All