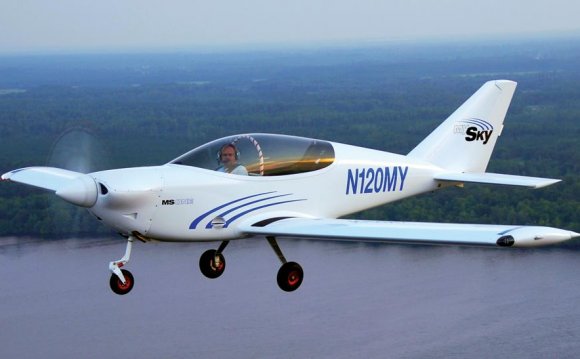 Very light jet is a marketing term with no single definition, although most aviation experts describe these aircraft using a combination of the following elements: weight and price. Very Light Jets (VLJ) are generally defined by a maximum takeoff weight (MTOW) no greater than 10, 000 lb (a distinction from the traditional definition of large aircraft as more than 12, 500 pounds, and light aircraft as 12, 500 pounds or less). They are powered by one or two gas turbine engines (turbofan or turbojet), and a commercial list price of much less than $5M per aircraft. Generally speaking, very light jets certificated for single pilot operations, equipped with advanced avionic systems, and priced below other business jets.

Microjet, personal jet, entry-level jet, light jet - whatever they are called, by 2003 there were suddenly a lot of them around. Far too many for all to succeed, however optimistic their market forecasts for this lightest end of the business-jet spectrum. With the advent of a new generation of very small VLJs (known as micro-jets), the Federal Aviation Administration (FAA) estimated that 5, 000 of these tiny planes will be flying by 2017. As the market becomes more lucrative, established manufacturers such as Cessna will vie for market share as well as new entrants such as Honda Motors. Assuming the air traffic issues can be resolved and the costs allocated to the air traffic upgrade do not significantly alter the structure of the market, the VLJ market outlook is positive.

With the introduction of the Micro-Jet or Very Light Jet [also called compact jets, minijets, and personal jets], the paradigm of air travel has begun to shift to the smaller regionally located airports. Priced as low as $1 million per aircraft, microjets may be more attractive to the business travel market than the currently available comparable aircraft priced at about $6 million. Microjet manufacturers anticipate that these twin-engine, 4-6 passenger jets, will find a niche among a variety of corporate and private owners as well as on-demand air taxi service.

The advent of very light jets (VLJs) is one of the more interesting developments in recent aviation history, both because of technology advances and the uses envisioned for these aircraft. However, despite what some marketing executive might have us believe, a VLJ is not simply a Cessna 172 on steroids. A VLJ has different systems and capabilities, operates in different flight regimes at significantly higher speeds, and places different demands upon its pilots, who will be highly diverse in previous flying experience. Safe operation will require innovative approaches to developing cockpit interfaces, training and operating procedures.

One segment of the VLJ market consists of pilots who want to step up into jets for personal flying. The pilots range from ex-military and retired airline captains to weekend flyers whose current airplane is a Baron. VLJ manufacturers, most of whom offer training as part of the purchase package, are starting to recognize that a "one size fits all" approach to training will not work.

With the successful introduction and acceptance of commercial jet transports it was only a question of time until the performance potential of turbine power was applied to the general aviation airplane. The origin of the businessjet can be traced to the four-place, French built Morane-Saulnier MS760, which first flew in mid-1954. The MS-760 Paris was a French Armée de l'Air (Air Force) trainer aircraft built by Morane-Saulnier. The MS-760 Paris IR was a four-seat, high-speed military communications aircraft and advanced trainer designed by René Gauthier. In 1955, a short-lived venture with Beech Aircraft to market the Paris as an Executive Business Jet in the US market can best be described as unsuccessful. It was, however, used extensively by the French and other European military between 1959 and 1997. Cessna considered marketing the twin-seat T-37 jet trainer, which made its first flight in 1955, as a business jet, but decided against production.

The microjet craze traced its origins back to Cessna's 1989 launch of the CitationJet as a return to the light and simple concept of the original Citation 20 years earlier. The CitationJet set the entry price for business jets - $4 million for today's iteration, the CJ1 - and so created a yawning gap between piston twins and light jets. The first "serious" attempt to bridge the gap with a jet was the $2.2 million VisionAire Vantage, which was fatally innovative in two respects: it was single-engined and it had a composite airframe. While it flew a proof-of-concept aircraft in 1996, built by Burt Rutan's renowned Scaled Composites and powered by Pratt & Whitney Canada's proven JT15D, VisionAire struggled with technical and funding problems, and eventually went the way of many other general aviation start-ups. Having spent $110 million, and having failed to raise the $120 million needed to complete certification, the company was liquidated in January 2003 with debts of $35 million.

Eclipse Aviation's Eclipse 500 exploded on to the general aviation (GA) scene in March 2000 - an aircraft was powered by two Williams International EJ22s, priced under $800, 000.

Eight forecasts GAO examined in 2007 provided a range of both the number of very light jets projected to be delivered (roughly 3, 000 to 7, 600) and the dates by which those numbers would be reached (from 2016 to 2025). The factors used to estimate the number of very light jets and the assumptions about them varied. Factors that might affect the number of very light jet deliveries, according to the forecasts, included the development of the air taxi market, economic growth, production constraints, insurance and training requirements, and expected aircraft retirements, among others. Most of the forecasts included five new aircraft models that manufacturers had scheduled to enter service over the next several years: Adam A700, Cessna Citation Mustang, Eclipse 500, Embraer Phenom 100, and HondaJet.

While supporters believe that microjets have the potential to redefine business travel, others are more conservative about how quickly, where, and to what extent the market will materialize. Manufacturers anticipate that these twin-engine jets carrying four to six passengers will be attractive to a variety of owners and operators. For example, Florida-based DayJet has ordered 239 Eclipse 500 microjets and plans to use them to operate what it calls "Per-Seat, On-Demand" jet services. The company plans to provide point-to-point service to and from small community airports, including markets that have limited, if any, scheduled airline services. The Eclipse 500 and several other VLJ models were undergoing testing the spring of 2005, and manufacturers announced that customer deliveries would begin in 2006, pending FAA certification.

Beyond the air taxi business model, manufacturers of VLJs also see a market in private ownership, corporate business jet fleets, and logistics (on-demand air cargo when overnight is not fast enough). While supporters believe that the microjets have the potential to redefine business travel, others are more conservative about how quickly and to what extent the market will materialize. FAA's forecast assumes that the VLJs begin to enter the fleet in 2006 (100 aircraft) and grow by between 400 to 500 aircraft a year thereafter, reaching a total of 4, 500 aircraft by 2016. However, some industry estimates suggested that the market could reach 5, 000 aircraft by as early as 2010.

CLICK HERE to support STERNA Very Light Aircraft for everyone

can i fly a very light aircraft with a small lawn mower ...