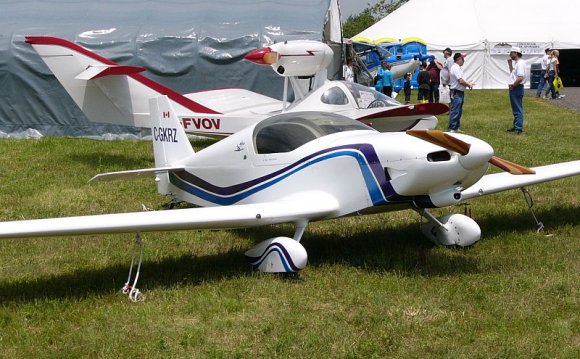 We look at how these stalwart Cub variants stack up in terms of capability, design, cost and performance.

A ski-equipped Dakota Super 18 sends up a spray of snow as it prepares to take flight. Fat tires, floats and skis let Super Cubs go where few other planes can follow.

After an extensive search, we found these kits worth considering for the would-be Super Cub builder. Backcountry Super Cubs has two models: a PA-18 clone and the Mackey SQ2. Bearhawk has its new Patrol, the least Cub-like of the group. The CubCrafters Carbon Cub EX can do double duty as a Light Sport Aircraft or a full-size Super Cub, depending on gross weight used. Custom Flight Ltd. makes the North Star Bushplane, a PA-18 clone with its own improvements. Dakota Cubs also has two models, the Super 18-160 and the Super 18-180. Javron Inc. makes a PA-18 clone, in addition to a number of other Cub-clone models.

As Javron builder Bill Rusk says, "There must be a lot of interest in building your own Super Cub, because there sure are a lot of people making kits for them." Indeed there are. With all these choices, which one is right for you? Why should you consider one over another? And why is there so much difference in the cost of the kits? All good questions. We hope to answer them for you.

The Backcountry Mackey SQ2 is the high-performance version of the Backcountry Cub. Note the sloping engine cowl made possible by the lowered engine mount. This permits better visibility when flying at low speeds and high angles of attack.

Note the leading-edge slats on the Mackey SQ2's wings. The company calls the wing "unstallable."

The base kit for the Super Cub is , 540, and , 725 for the Mackey SQ2. The extra cost of the SQ2 comes from the slotted wings and the carbon-fiber cowl. Backcountry will cover and paint your plane for an additional $20, 000, if you come to the factory and do a minimal amount of assembly work necessary to offset the 51%-rule credit needed to make the FAA happy.

The Patrol is the least Cub-like of these kits, but its basic size, layout and performance make it a reasonable choice for someone who wants to build a tandem two-place utility airplane. The fuselage is tube and fabric just like a Cub, but the wings are all-metal with aluminum skins. It also is the only one in this group that does not use the original Super Cub USA 35B airfoil. The flush-riveted wings and modern aerodynamics give the Patrol the best cruise speed of the group at 140 mph. With this cruise speed it still manages a respectable 35-mph landing speed, which bests a stock Super Cub but trails most others in this group with their many high-performance modifications.

With an empty weight of 950 pounds for a minimally equipped example and a 2000-pound gross weight, its huge 32-inch-wide cabin will haul a respectable load.

A large door makes it easy to access the ample cargo area of the Bearhawk Patrol.

The Patrol kit generally includes all of the parts you need that are distinctively Bearhawk, but it does not include most off-the-shelf parts readily available from Aircraft Spruce or Wicks. One exception to this general rule is the windshield, which is listed as an option even though it is obviously required and uniquely Bearhawk. The company also does not offer a swing-out engine mount or auxiliary fuel tanks, even though most of the other kit manufacturers do. The standard fuel tanks are very generous at 55 gallons total, and most people manage to live without swing-out engine mounts, so these will be minor issues for most builders.

The four-place Bearhawk has been around for some time, but its smaller brother, the Patrol, is fairly new, at least in kit form. For this reason, only about 10 kits have been sold with one complete, plus two that were scratch-built from plans. The Patrol kit comes with both plans and a manual that is almost complete, but early builders have relied heavily on the manual, which is available on the company's web site, for the four-place Bearhawk. Builders can get extra support from Yahoo groups dedicated to each type of Bearhawk kit.