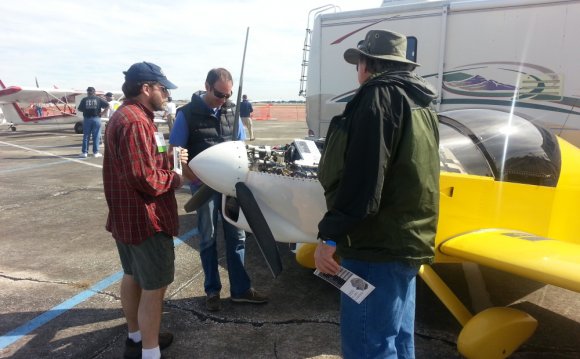 The U.S. Sport Aviation Expo, held in Sebring, Florida, every January since 2004, may be changing to a new date next year, organizers said on Monday. "Weather challenges in recent years have given us the opportunity to review and assess the best possible time to produce a successful 2017 event, " airport director Mike Willingham said in a news release. This year's event started off strong on Jan. 20 and 21, with robust attendance, but over the next two days, winds gusting to 35 miles an hour kept most airplanes on the ground, and some exhibits were closed. Over the last few years, weather has proved challenging for attendees and exhibitors, with either fronts blocking pilots to the north or south, or wind and rain at the show site.

Nevertheless, the show has continued to grow. This year, director Jana Fillip told AVweb the show had attracted the most outdoor exhibits ever, and indoor exhibitors outnumbered the year before. It was the last show for Filip, who has been involved with the show since the start and served as director for the last five years. Expo organizers announced this week that Filip is moving on to new opportunities. A new director will be in place for next year.

Rob Adams takes the Austin Healey Sebring out for some air ...