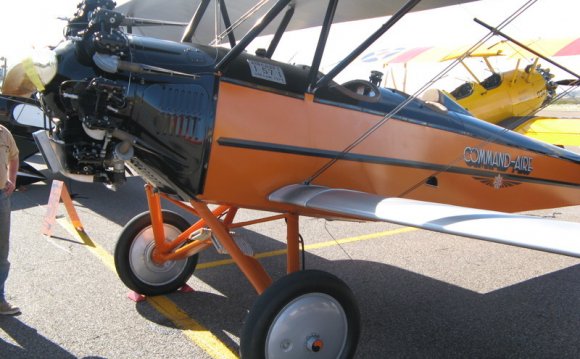 I can remember a graduate class where we discussed how perception can often lead to one persons reality, or absolute truth. That is, if an individual perceives a brand of automobile to be unsafe. They often will not purchase that make, whether it is true or not, “I’ve seen lots of VW’s pulled over on the freeway so they must not be reliable cars.” But logic tells us that these automobiles could be pulled over for a myriad of reasons: an important phone call, a sick child, or an ill timed argument. The observer really has no idea whether these cars are reliable or not but presupposes that since they see them pulled over on the Freeway, that they must be broken down and therefore, “would never buy that brand.” This same flawed logic can be labeled to occupations. People often say, “I despise Lawyers, they are simply out for the money.” Yet when one gets falsely charged with a crime, they want the best lawyer they can afford. It’s a paradox. The same holds true for aircraft mechanics.

Yet the term mechanic has very little to do with what they actually do or who these people really are.

Somewhere along the line, the term mechanic began to personify a greasy, gruff, often feeble minded individual, who simply beats customer’s cars, aircraft, and boats into submission. Iconography contributed to the stereotype. Iconography is, “the visual images and symbols used in a work of art or the study or interpretation of these.” Iconography is largely attributed to artistic interpretations of religious movements, social and political movements and advertising. It is the perceptual and visual fuel that turns ordinary people into, “Icons.” Advertisers use this to draw in customers with incredible success, think of Walt Disney without Mickey Mouse, or McDonalds with out Ronald McDonald.

Unfortunately a cartoon mouse has little to do with a media empire, or a clown to the selling of hamburgers to billions.

The above Army Air Corps painting illustrates this point. The art work glamorizes the mechanic and romanticizes the idea of becoming a mechanic in service to your country. The photo of the mechanic with the cigarette butt in his mouth personifies a more laconic individual, who looks blue collar, dirty, and rough. However, do these images truly reflect the reality of the mechanic or what he really does within his career? It’s true that he fixes things that are broken.

The Oxford dictionary states the term mechanic means, “archaic, A manual laborer or artisan.” Even the origin of the word seems inappropriate for todays mechanics. The word in, “late Middle English (as an adjective in the sense ‘relating to manual labor’): via Old French or Latin from Greek mēkhanikos, from mēkhanē (machinery).”

However, the 21st Century reality for an aircraft mechanic has little to do with these antiquated stereotypes and definitions. Federal Aviation Administration (FAA) officials are now calling A&P (Airframe and Powerplant) Mechanics, Aviation Maintenance Technicians. The European equivalent to the FAA, the European Aviation Safety Agency (EASA) has several levels of licensure but the apex is titled, a Base Maintenance Certifying Engineer.