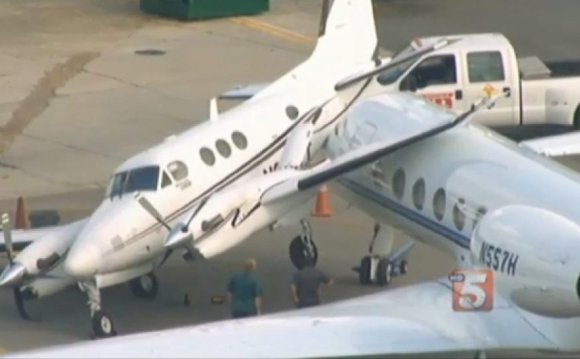 In the past several decades, the number of private and recreational pilots across the country has plummeted, as has the number of small aircraft being manufactured — trends that some say have been accelerated by increasingly strict federal regulations.

If the decline continues, it will spell trouble for entrepreneurs such as Austin Heffernan, who runs an aircraft maintenance and repair company in Hagerstown, Md. He was one of several small-business owners asked to testify last week during a congressional hearing on the state of the general aviation industry.

“We see many more pilots leaving general aviation than we see new pilots getting started, ” Heffernan told the House Small Business Committee, later adding that those pilots “are the main market for many of the on-airport small businesses that make up the general aviation industry.”

In addition to maintenance firms such as Heffernan’s, which employs 14 people, the industry includes thousands of flight training schools, parts manufacturers and air cargo companies, the vast majority of which are small firms, according to data collected by the Small Business Administration. Those businesses depend on pilots to buy their products and services — and that has become a serious problem.

Since 1980, the number of pilots in the country has nosedived from about 827, 000 in 1980 to 617, 000, according to the Frederick, Md.-based Aircraft Owners and Pilots Association. During about the same period, data from the General Aviation Manufacturers Association in Washington show that production of single-engine planes plunged from 14, 000 per year to fewer than 700.

Some have attributed the declines to rising fuel prices, waning interest and heightened flying restrictions following the Sept. 11, 2001, attacks. Others say the recent economic downturn has left fewer people with discretionary income, further accelerating the decline in the past few years.

But at the hearing last week, Heffernan and other employers pinned the blame largely on federal regulators, who they say have built a complex maze of red tape and bureaucratic hurdles that deter pilots from obtaining and renewing their licenses, which hurts small businesses like theirs and the broader aviation industry.

“One of the biggest problems facing us is the pilot population, and putting more requirements in front of people that stop them from flying is a real problem, ” John Uczekaj, chief executive of Aspen Avionics, a small aviation electronics firm in Albuquerque, said during the hearing. Among the most onerous hurdles for pilots, he said, is the Federal Aviation Administration’s medical certification requirements.

Under the current rules, private and recreational pilots under age 40 must pass a comprehensive medical exam every five years. Once they hit 40, the renewals are good for only two years.

The requirement is “a definite detractor to business, ” Heffernan told the committee. He and several lawmakers noted that the closest individuals come to a medical exam when obtaining a driver’s license is usually a vision test. Meanwhile, most boat operators do not need any medical certifications.

Rep. Chris Collins (R-N.Y.), a pilot himself, called the rules an arbitrary intrusion into the lives of private pilots. Collins recently sponsored legislation that would allow many non-commercial pilots to use their driver’s licenses in lieu of medical exams, as long as they fly small planes, carry fewer than six passengers and stay below certain speed and altitude limits. A similar proposal was submitted directly to the FAA two years ago by aviation groups, but the agency has not issued a response.

While FAA officials did not reply to requests for comment, the agency’s administrator, Michael P. Huerta, last month apologized in a letter to AOPA for failing to take action yet on the proposal. He did not, however, set a date to address the matter, and he emphasized the importance of ensuring “that such an unprecedented change will not result in any adverse impact that could lead to degradation in safety.”

Kenneth Button, a professor and director of the Center for Transportation, Policy, Operations and Logistics at George Mason University, issued a similar safety warning during his testimony last week. He argued that an accident in the air generally leaves pilots in a more precarious position than those on the road.

Small aircraft crashes into a back garden

Qatar Airways Airbus a330 and small private Aircraft take of