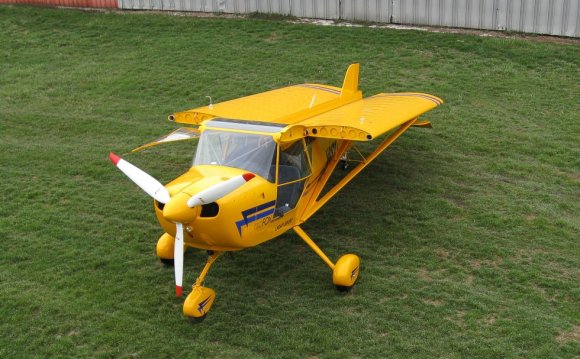 Commercial planes have gotten bigger and bigger over the past few decades, but the size of the gate at most airports have stayed the same. To circumvent this little infrastructural disconnect, Boeing's future 777x jet will have a massive wingspan that folds up upon landing.

The 777x is already in the news this week, after three Middle Eastern airlines put in orders for almost 300 of the massive jets on Sunday. Though the planes aren't due to arrive for another seven years, design details are already emerging (Boeing calls it "The Future of Flight Unfolding").

The new model is all about efficiency, hinging in large part on a super-efficient new engine made by GE.

Another major point of focus? The wings. For a number of complex engineering reasons, a wider wingspan makes for a more efficient plane—in short, the drag created at the wing tips is reduced by increasing the aspect ratio between the tip and the rest of the wing. That's why wingspans have been increasing at a rapid pace—and why Boeing starting making much lighter wings using carbon fiber-reinforced plastic back in the 00s.

But the ever-increasing wingspans of jumbo jets create a problem for airports, which were built to accomodate much smaller planes. According to The Seattle Times, most airports in the world can only host planes with 213-foot wingspans (while a few mega-airports can host 262-foot wingspans).

The proposed 777x would have a wingspan of 233 feet, but Boeing wants to sell a lot of these planes—which means they have to fit in the average airport.

That's why the company is considering wings that "fold up" at the tips upon landing. That would shave as much as 18 feet off of the wingspan, according to the MIT Technology Review (which describes them as "winglets"). It turns out that this isn't a new idea: Boeing patented it back in 1995—and even built a prototype that never went anywhere. The company did go on to integrate vertical winglets in its 737, but those are stationary in flight, unlike the hinged version proposed for the 777x.